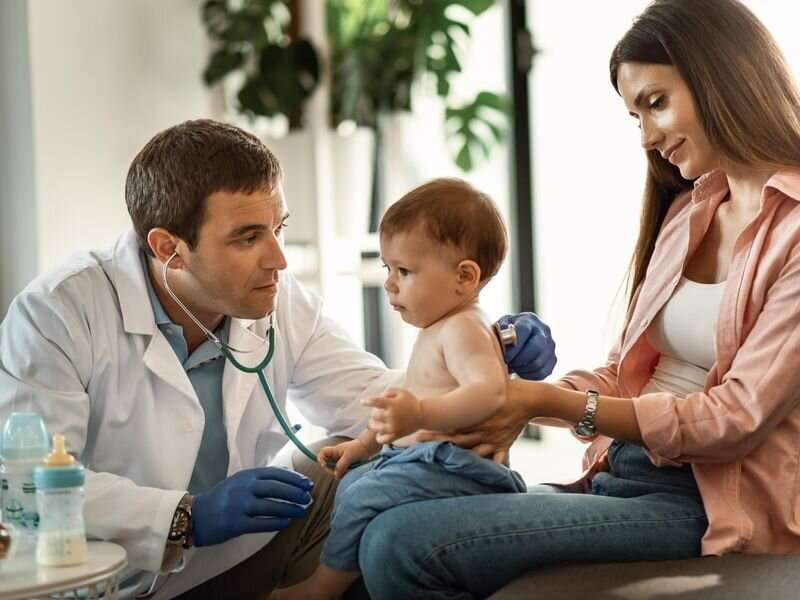 It could be harder to fill a prescription for the widely used antibiotic amoxicillin because of a shortage that appears to be linked to an ongoing surge in RSV infections across the United States.

Supplies of amoxicillin oral solution, which is typically used in children, are low, the U.S. Food and Drug Administration warned Friday.

One issue could be that the pharmacy has the drug in stock, but not in the strength needed for the prescription, so it may require some back and forth between the pharmacy and the prescriber, CNN reported.

“I think it’s going to be challenging for doctors and prescribers to give their patients a prescription that they’ll then be able to get filled, because pharmacies are going to have a variety of different strengths in stock, and you hate to have that delay of the back and forth, especially for an antibiotic they usually want to get started pretty quick. So I think it’s going to be a frustrating shortage,” Erin Fox, a senior pharmacy director at University of Utah Health, told CNN.

In the meantime, the FDA is working with manufacturers to prevent further shortages or reduce the effects of any delays, CNN reported.

The American Society of Health-System Pharmacists said it started hearing about shortages of both tablets and oral solutions about three weeks ago.

“My first advice would be, don’t panic,” Fox said. “There is still some amoxicillin. It just might need a quick change of prescription.”

A patient may want to first call the pharmacy to see if they have the drug in stock at the prescribed strength, Fox suggested.

The healthcare provider may also be able to provide prescriptions for amoxicillin in varying strengths. Alternatives for treating pediatric bacterial infections include Amoxicillin-clavulante (Augmentin) and cefuroxime (ZInacef).

“Generally, what we see in the drug shortages is on the production side. In this case, we don’t have any indication from the manufacturers that they’re having any sort of difficulty with production,” Michael Ganio, the American Society of Health-System Pharmacists’ senior director for pharmacy practice and quality, told CNN. “This one seems to be driven by demand, which is a little unusual. We see increased demand as a cause of a shortage fairly infrequently.”

Why the jump in demand? A surge in pediatric RSV cases may be contributing to the problem, because although an antibiotic can’t treat the virus, it is often used to treat secondary bacterial infections.

“It seems like that may be what’s happening right now,” Ganio said.

The United States isn’t the only country facing a shortage. Databases in Ireland, Australia, Malaysia and Romania have also reported shortages due to manufacturing issues and unexpected demand, CNN reported.

The company Hikma has an adequate supply of amoxicillin, a spokesman told CNN.