Eating MORE food could help you lose weight: Scientists reveal the diet plan that will allow bigger meals and give you a smaller waistline

Counting calories and reading the back of food packets in the supermarket can be a chore for dieters who feel they have to restrict what they eat.

However, eating more food, not less, might help people shed the pounds quicker, a new scientific study claims – as long as they eat low-energy dense foods.

These include pasta, rice, fruit and vegetables and because they have fewer calories per gram than high-energy dense foods such as cheese and biscuits, it means people can have bigger meals and still end up with smaller waistlines.

Those who eat healthy low-dense food can have bigger helpings before they reach the same number of calories that would be in a smaller portion of high-calorie and high-dense food.

Feeling full is the key to losing weight, say experts, and bigger meals mean people do not get as hungry throughout the day and eat unhealthy snacks.

The researchers from the University of Leeds said: ‘Hunger is a main barrier to weight loss attempts.’ 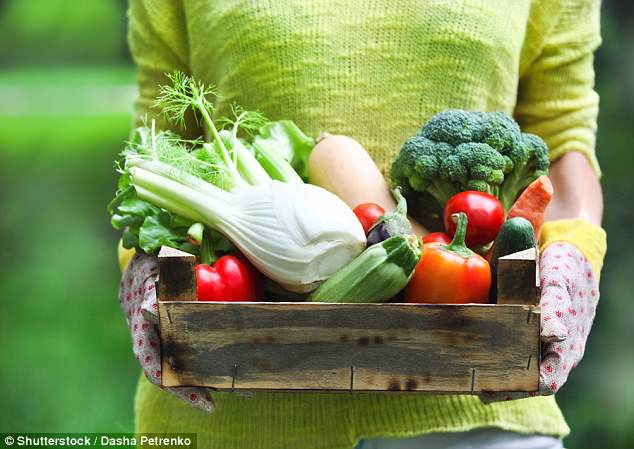 Foods with a low energy-density include rice, pasta and fruit and vegetables, and aid weight loss by making people feel full for longer but consume fewer calories.

The Slimming World women, whose plan is based on low energy-dense foods lose more weight than those on the NHS plan focusing on counting calories, the scientists found.

Researchers said the Slimming World members lost an average of 5.8kg – 6.2 per cent of their body weight – and felt more motivated to continue the diet.

The group following the NHS program, which limits them to 1,400 calories per day, lost an average 3.3kg – 3.8 per cent of their weight.

The study also said that when women eat low-density meals they ate more food but fewer calories, and they felt less hungry.

Lead researcher Dr Nicola Buckland said: ‘A lot of people give up on diets because they feel hungry between meals.

‘Our research shows that eating low energy-density foods can help overcome that problem.

‘Gram for gram, low energy-dense foods contain fewer calories than high energy-density foods, so people are able to eat a larger volume of food for the same, or lower, calorie intake, leading them to feel much fuller.

‘For example, someone would have to eat around 250g of carrots to consume 100 calories whereas it would take just 20g of chocolate to achieve a similar calorie intake, yet the greater volume of carrots is likely to make you much fuller.’ 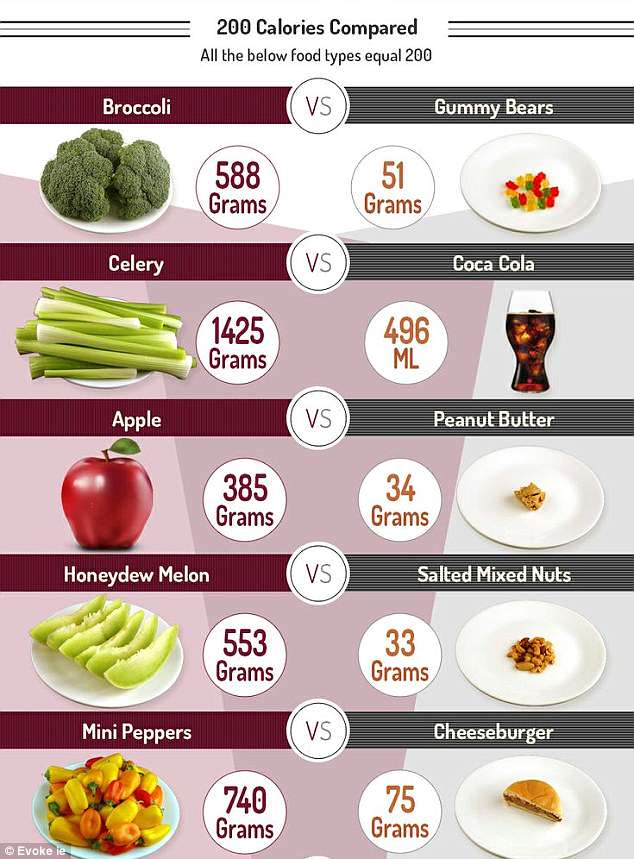 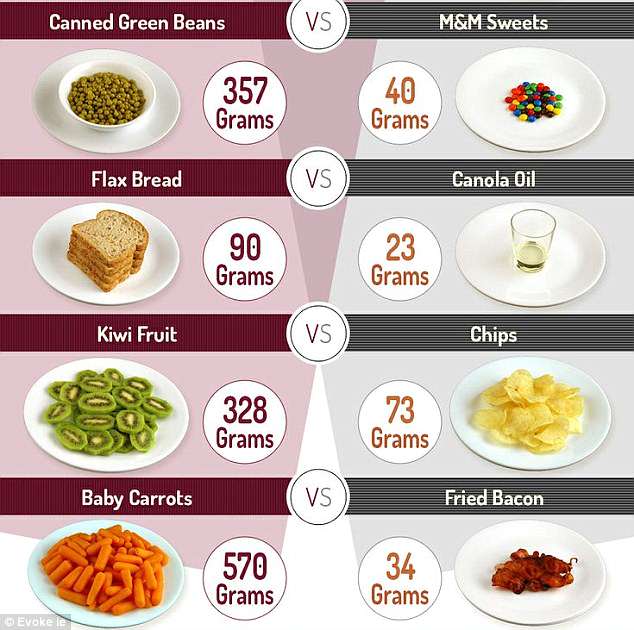 ‘Counting calories is not the answer’

Head of nutrition and research at Slimming World, Jacquie Lavin said: ‘This study provides clear evidence that calorie counting and eating smaller portions are not the answer when it comes to weight loss.

‘We might think we need to be overly strict with ourselves when we’re losing weight— counting and measuring all our food and reducing portion sizes right down — but this type of restrictive approach ultimately leaves us feeling more hungry.’

Obesity is a condition in which someone is very overweight and has a lot of body fat.

Obesity is a risk factor for diabetes, heart disease and stroke, some types of cancer, and numerous other serious health problems.

It is generally caused by people eating more calories than they burn off – particularly if their food is high in fat or sugar.

The best way to prevent or tackle obesity is to eat a healthy, balanced diet and to do regular exercise – the NHS recommends between two-and-a-half and five hours per week.

Foods with especially low energy density include those which contain a lot of water either before or after cooking, such as rice and pasta, as well as fruit and vegetables.

High energy-density food – with more calories per gram – are often high in fat, such as cheese, biscuits, chocolate and sweets, crisps, mayonnaise and butter.

Meat and fish are considered to be medium energy density, so should be healthy as part of a balanced diet, according to the British Nutrition Foundation.

More food does not have to mean more calories

The study of 78 overweight and obese women was the first time Slimming World has been compared with the NHS Live Well program.

The women were observed over a 14 week program and also went to lab test days where scientists directly observed their eating patterns.

On test days when the women ate low energy-dense food they ate an average of 1.2kg of extra food, but ended up consuming fewer calories.

They consumed 1,901 calories on those days, but 2,958 on days when they ate high energy-dense food.

The 37 Slimming World members went to the organisation’s weekly weigh-in groups, while the 41 on the NHS program had only online support.

The findings were published in the Journal of Nutrition.