If you want to cut back on your cabernet consumption, try a smaller glass.

A study has found that drinkers given small glasses consume up to 40 per cent less than those sipping from medium-sized ones.

Rather than making more trips to the bar or reaching for extra top-ups, those with smaller glasses simply end up drinking less over the course of an evening, the researchers said.

While pubs are required by licensing conditions to offer 125ml glasses of wine, critics say this is not obvious in some bars, where the default is often to serve a glass as large as 250ml. 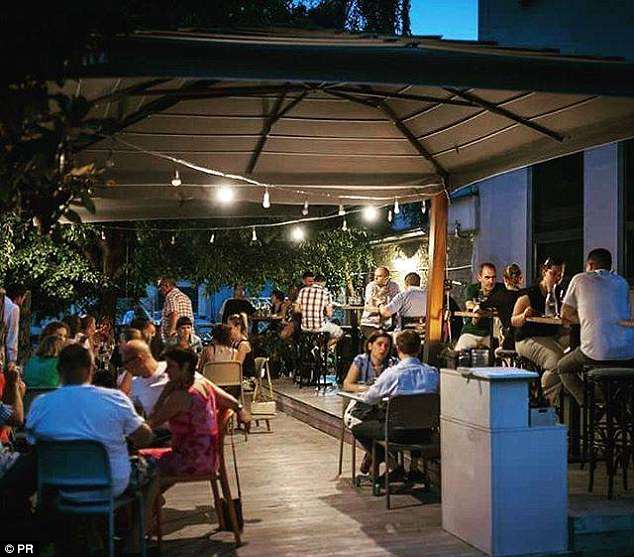 Wine drinkers do not make more trips to the bar to make up for having a smaller glass, meaning their alcohol intake is reduced, a study by researchers at the University of Liverpool found

Researchers at the University of Liverpool wanted to find out what happened when drinkers were given a 125ml measure instead. They discovered that, over three hours in a bar, those given small glasses of wine cut their drinking by at least a third.

They added that drinkers ‘do not seem to compensate’ for the smaller sizes by making more trips to the bar or reaching for more refills over the course of an evening. The same results were seen when drinkers were served two-thirds of a pint of lager or cider rather than a full pint. Those given smaller measurements of alcohol while watching television also drank up to 22 per cent less.

The British researchers conducted the study of almost 300 people following evidence that diners given smaller portions of food go on to eat less. Dr Inge Kersbergen, who led the study published in the journal Addiction, said: ‘The typical serving size of beer in the UK – a pint – is larger than many other countries, and the size of wine servings in UK bars and restaurants has increased in recent decades, so there is room for serving sizes to be reduced without making them unrealistically small.

‘Reducing the standard serving size of alcohol in bars and restaurants may be an effective way to reduce alcohol consumption at the population level and improve public health.’

Experts say glasses have increased in size since the 1990s as wine appreciation has grown and large glasses are considered important for the aromas and flavours to emerge.

In the latest study, researchers asked 164 people to one of four quiz nights in the city’s Ship & Mitre bar, where they were sold small or medium-sized servings of alcohol.

Those people offered only small glasses of wine or two-thirds of a pint of lager or cider ended up drinking less over three hours than those given a medium wine glass or a pint.

They drank 39.6 per cent less alcohol, which worked out at 32.4 per cent when their gender and normal drinking habits were taken into account. 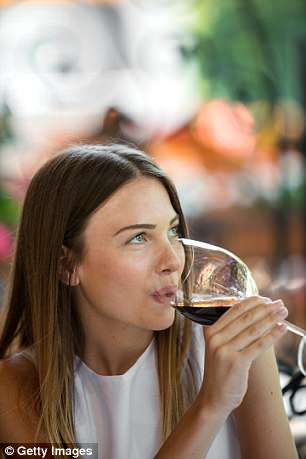 In a similar experiment, 114 people were invited into a laboratory with a sofa and television and offered regular drinks or reduced measures which were 25 per cent smaller.

Over an hour, those given smaller amounts drank 20.7 per cent to 22.3 per cent less alcohol.

Based on the results, the authors calculate that reducing the standard serving size of wine, beer and cider buy a quarter in bars and restaurants would lead to 1,400 fewer deaths and 73,000 fewer hospital admissions every year.

Dr Eric Robinson of the University of Liverpool said: ‘Our research showed that people do not seem to compensate for the smaller servings by ordering more drinks on a single night and it seems unlikely that any further compensation would happen, but future research is needed to find out if people may compensate in other ways, such as drinking more often or getting stronger drinks.’

Dr James Nicholls of Alcohol Research UK said: ‘Pubs and bars have to offer a range of wine glass sizes by law but these are not always visibly promoted. As with takeaway food, the marketing pressure is always to “go large”.

‘I don’t think anyone wants to ban the traditional pint, and consumers would certainly balk at the prospect.

‘However, there are lots of opportunities for selling drinks in smaller servings and it would be good to see more innovation in this area.’