Sometimes my daughter’s fingers, elbows and the backs of her knees are yellow. She is 24 and fit, but has irritable bowel syndrome and slightly elevated levels of liver enzymes. Her GP is not concerned, but should she see a specialist?

The yellow hue you describe can have a benign cause, or a potentially more serious one, though I am confident hers is not something to worry about.

Most commonly it occurs when a lot of carrots (or carrot juice) are consumed — the yellow-coloured carotene compounds within the vegetable cause a slight yellowing of the skin, known as carotenemia. 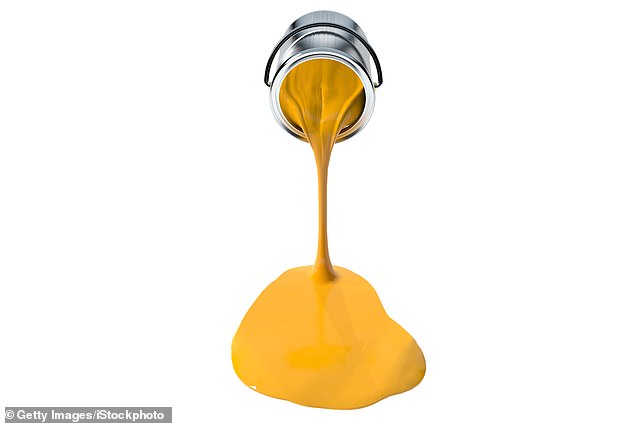 The yellow hue you describe can have a benign cause, or a potentially more serious one, though I am confident hers is not something to worry about 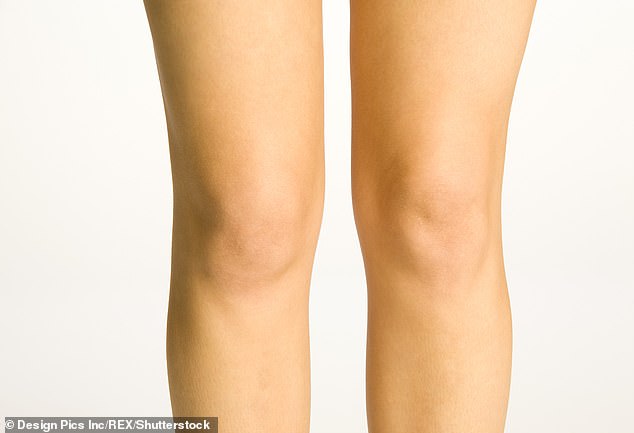 Of course, a yellow colour can also be characteristic of jaundice, related to liver damage, and this is where the liver enzymes you mention come in. Stock picture

However, yellow skin can also be the result of raised levels of bilirubin — a waste product excreted by the liver. If this is the case, then the whites of the eyes will also have a yellow tinge. We see this in some perfectly healthy individuals who have a quirk of physiology called Gilbert’s syndrome, where the liver doesn’t process bilirubin properly — it is not a disease and no treatment is needed.

By the way… We should all be eating more eggs

Everyone should eat more eggs. For years, we were told eggs were bad for cholesterol levels, but that advice is out of date.

Not only are eggs safe, they’re an excellent source of an essential nutrient you’ve probably never heard of and might well be deficient in: choline.

Choline is vital for brain function and, while our bodies make a small amount, we don’t get nearly enough, which is why we must also get this nutrient from our food.

Men need 550mg a day, women 425mg — more if they are pregnant, as plenty must be passed on to the baby. Studies show that doubling choline intake in pregnancy (to 930mg daily) improves the speed at which a newborn can process information.

There is also research to suggest that a higher choline intake is associated with a reduced incidence of dementia and better cognitive performance in men.

Choline is found mostly in foods of animal origin: milk, chicken, fish, eggs, beef — and some plant foods such as nuts (particularly peanuts and sunflower seeds).

European research has shown previously that our average choline intake levels are low, and now the trend towards vegetarian or vegan eating is raising concerns that many could end up harmfully deprived of this vital nutrient.

Whether you are an omnivore or vegetarian, there is a strong imperative to eat at least a few choline-packed eggs each week.

And if you’re a vegan, as well as eating peanuts and sunflower seeds, make sure your diet includes plenty of spinach, kale, cauliflower, Brussels sprouts, mushrooms, peas and quinoa — these all contain small but worthwhile quantities.

Of course, a yellow colour can also be characteristic of jaundice, related to liver damage, and this is where the liver enzymes you mention come in.

Abnormalities in liver enzymes are often detected during routine blood tests in patients who seem otherwise well — though in some cases raised levels can indicate some form of liver damage.

The levels considered normal vary slightly from one laboratory to another, and differentiating patients with liver disease from those without will depend on the cut-off values used at each laboratory.

This is why the evaluation of a patient with ‘abnormal’ tests requires a doctor to take a detailed history, to identify potential risk factors for liver disease, followed by a physical examination to look for clinical signs.

The doctor will also want to rule out potential toxins that can cause liver damage, such as from heavy alcohol use.

Medication, for example Roaccutane (for acne) and chemotherapy, can also be implicated. But it’s not only prescription medication — over-the-counter drugs; supplements such as aloe vera, black cohosh or other harmless-sounding ‘natural’ products; and illicit drug use can also raise liver enzymes.

The next area of relevance is travel to areas where the hepatitis infection is widespread.

There are different types of the virus, but all can damage the liver: hepatitis B and C are transmitted by needles; hepatitis A and E via contaminated food and water.

Hepatitis A is seen everywhere, but particularly in tropical areas, and hepatitis E should be considered in those who have travelled to Asia, Africa, the Middle East, or Central America.

One other potential cause of abnormal liver function tests is non-alcoholic fatty liver disease (NAFLD), which is associated with obesity, but that seems unlikely in a healthy, slim person such as your daughter.

The fact she has irritable bowel syndrome should have no effect on her liver. My only other thought is gallstones, which are also associated with abdominal pain and heartburn.

To make that diagnosis requires an ultrasound scan, and this would also exclude the unlikely diagnosis of NAFLD.

Referral to a gastroenterologist or a hepatologist (liver specialist) should be considered if your daughter’s enzymes remain raised and unexplained.