DR ELLIE CANNON: Stop this vitamin drip madness as they can cause infections, inflammation and even nerve damage

According  to the Facebook advert, it’s ‘fast becoming the treatment of choice’ for an astonishing raft of ailments – from fatigue to migraines and even depression.

It can also boost ‘immunity’ and ‘reduce fine lines and wrinkles, suppress formation of acne and blemishes, produce collagen to enhance elasticity…’

I could go on.

What is this miracle cure? 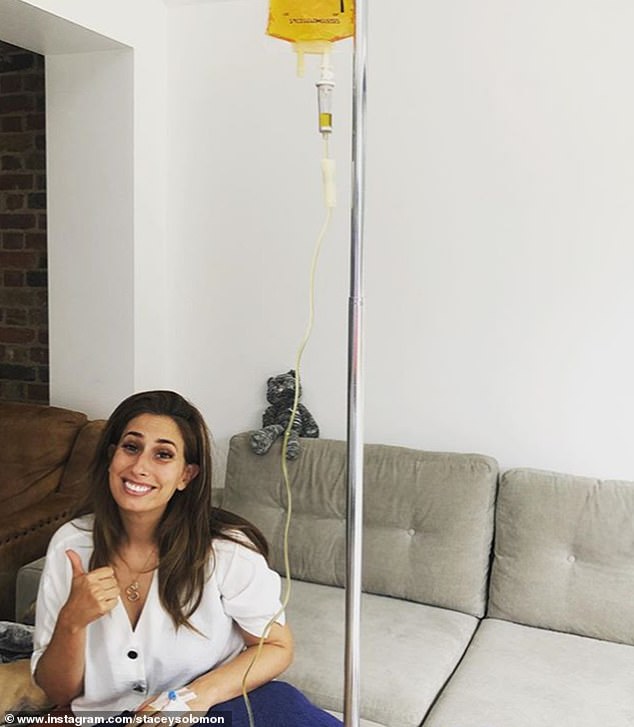 Reality TV star Stacey Solomon, pictured, has recommended IV vitamin treatments on her Instagram page, posting an image of her receiving an intravenously

As a GP, I’d welcome such a panacea – should it actually work – but the truth is, it’s all just fake news. There isn’t a jot of good evidence to support such claims. It’s complete hokum and risks permanent nerve damage and serious infections.

Backed by celebs, now you can do it in your lunch break

This ridiculous trend was kick-started by celebrities such as X-Factor boss Simon Cowell, reality TV star Stacey Solomon and model Cara Delevingne, who went public about having the ‘therapy’, and posted pictures of themselves hooked up to IV lines.

More from Dr Ellie Cannon for The Mail on Sunday…

I thought it had gone out of fashion as quickly as it came in – until I saw that advert on a Facebook group for mums in my local area.

A woman – not a doctor or a nurse – was charging an undisclosed amount to inject vitamins into the veins of residents in a London neighbourhood.

Concerned, I began to investigate. And I discovered a rash of such services operating in the UK.

Business, it would appear, is booming. Some practitioners offer to come to your office and deliver a ‘boost’ of vitamins or ‘hydration’ on your lunch break, while others operate ‘pop-up’ temporary clinics at shopping centres.

Most disturbingly, a vitamin-drip company that has a walk-in store at Westfield shopping centre in East London has somehow found medical doctors and nurses willing to give ‘treatments’.

Our regulatory body, the General Medical Council, rules that doctors are not able to administer any form of treatment unless there is a proven medical necessity.

But few people will have a medical need for vitamins – deficiency is fairly rare. And worse, it gives the impression that the craze has ‘doctor approval’ when this couldn’t be further from the truth.

So what’s the harm in a quick dose of vitamins?

The experience of model and Kardashian sister Kendall Jenner tells you all you need to know. At the end of 2018, the 24-year- old was rushed to hospital after reacting to an IV cocktail of saline solution, magnesium, calcium, B vitamins and Vitamin C, marketed as an immune and energy boosting treatment.

And at the beginning of this year, one of England’s top doctors, NHS England Medical Director Professor Stephen Powis, warned that the infusions risk ‘significant damage to health’.

He is spot on. Anything that pierces your skin, especially an IV drip needle, can give you a skin infection, bruising, pain and inflammation of the veins known as phlebitis.

Then there’s the risk that the needle misses the vein – pretty likely when non-medics are carrying out the procedure – causing the medicine to be fed directly into tissues, muscles and tendons.

The result is extreme pain and long-lasting damage to nerves and muscles.

There are side effects, too, from such vitamin cocktails. It’s true that most products will be too inert to have any effect at all – let alone side effects. 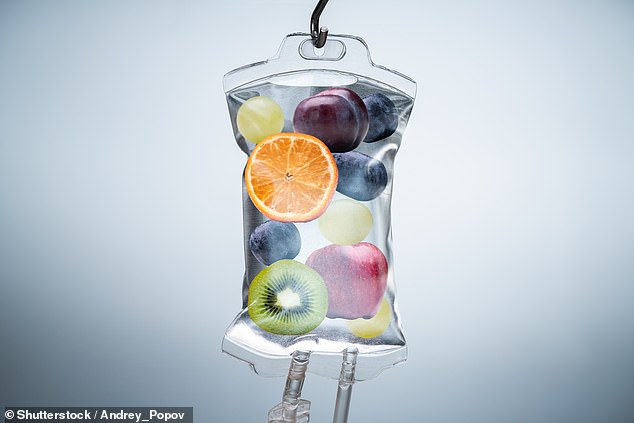 But there is concern about injections of Vitamin B12, which are offered by several popular vitamin-drip companies.

A recent report published in the journal Clinical Toxicology found that high doses of the vitamin – found in foods such as eggs and Marmite – can cause acne, anxiety, heart palpitations, headaches and insomnia.

These symptoms were seen in someone who needed supplements for medical reasons.

Why would you want to take the risk if you’re healthy?

It’s simply not worth it.

Most Britons are not seriously deficient

The latest nutritional survey, looking at thousands of British patients, found that the average Briton isn’t seriously deficient in anything. Most of us eat at least four pieces of fruit or veg daily – which isn’t too bad going.

Admittedly, there is a proportion of Britons who will be low in Vitamin D during the winter months – it’s actually a hormone, produced by the skin in response to sunlight and quite difficult to get via the diet.

But taking a cheap supermarket supplement every morning is a quick and cheap remedy to Vitamin D deficiency.

Many of the vitamin-drip companies do not carry out tests on customers, so they couldn’t possibly know if there was even a problem to treat. 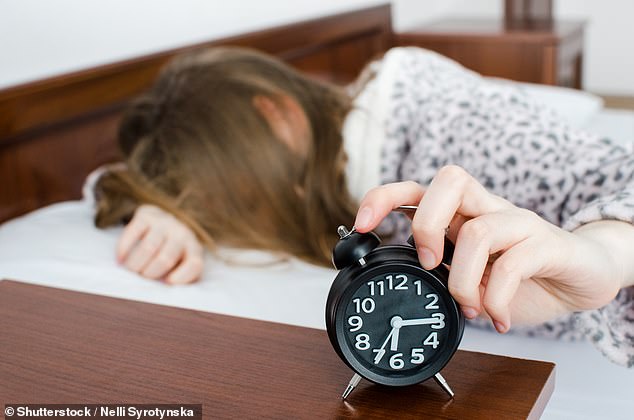 If a person is severely dehydrated they may require hospital treatment with IV fluids.

We see this in elderly and frail patients who forget to drink for days, or in those who have other illnesses and are unable to keep anything down.

But a hangover is unlikely to lead to this – and simply having a drink of water would help with hydration anyway. There is no evidence that these drips ease hangovers.

At a cost of £75, it’s quite literally flushing money down the toilet.

A dangerous world of made-up medicine

So how can these people, and even qualified doctors, get away with jabbing needles into people unnecessarily? They take advantage of a loophole in the rules of medical regulation.

The rules set by the Care Quality Commission, which regulates health clinics, apply only to services being offered, or marketed, as medical treatments for a particular problem.

And technically speaking, these drips are not being offered as a health service.

The companies do not claim to treat a medical condition, but a nutritional ‘need’, however dubious that may be.

In reality, it’s putting thousands at risk and feeding the dangerous world of made-up medicine.

I don’t blame people for being lured in by marketing tactics that exploit our desire to improve our health and boost wellbeing.

But I do think it is reprehensible for a doctor or other healthcare professional (or anyone else, really) to promote these unnecessary procedures, for financial gain.

If you’re in need of genuine, bespoke medical attention, head to your NHS GP surgery.

You’ll be seen by a qualified, regulated doctor who is not after your money.