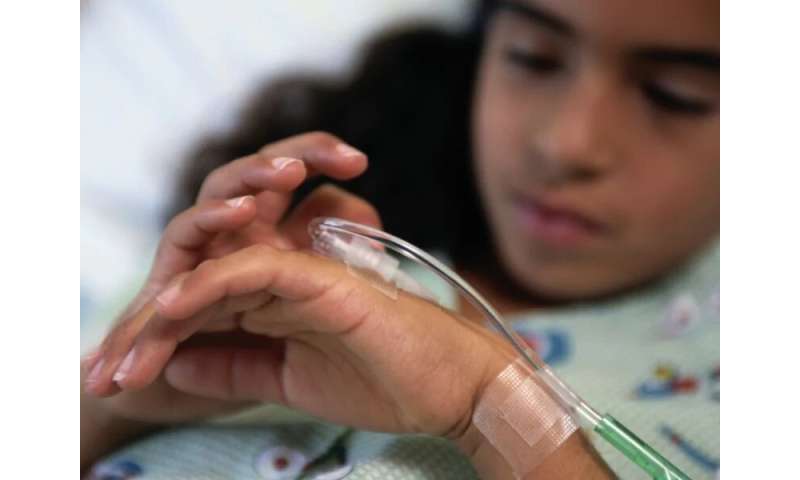 (HealthDay)—Parents are increasingly interested in whether medical marijuana can help their children with problems like cancer-related pain and nausea—but there’s concern about interactions with their medications and a general lack of research.

That’s one of the main takeaways from a new report in Pediatrics detailing one hospital’s approach to medical marijuana.

Doctors at Children’s Hospital Colorado do not prescribe medical marijuana. But when kids are admitted, some are already using some form of it. In other cases, parents want to know if it might help with persistent problems like nausea or pain.

Several years ago, the hospital decided it needed a formal policy on the matter. It wasn’t just about deciding whether kids could use the products in the hospital, according to Dr. David Brumbaugh, associate chief medical officer.

It was also about giving parents accurate information and “having an open conversation,” he said.

“We don’t want to just say, ‘No, you can’t do this in the hospital,’ because that’s not right,” Brumbaugh said. “But also, families might continue to use it without telling us.”

And, he said, it’s important for doctors to be aware of all medications or supplements a child takes. A major reason is the potential for those substances to interact—possibly creating side effects or lowering the effectiveness of a vital medication.

As part of its policy, the hospital created a consultation service to give families information. It was also needed to support hospital staff, who could not be expected to have all the answers on medical marijuana.

In the August issue of Pediatrics, Brumbaugh’s team describes the hospital’s experience with the first 50 children seen by the service.

A full 80% had cancer, and their parents had either already started them on medical marijuana or wanted information about it. (In Colorado, kids under 18 can use it if two separate physicians certify to a medical need, and parents give consent.)

Most often, parents were seeking help for their child’s nausea and vomiting, appetite loss or pain.

“That speaks to a real need out there,” Brumbaugh said. “We still don’t have enough treatments for improving quality of life.”

But whether medical marijuana fits the bill is unknown.

“There really is an absence of data in kids and adults, too,” Brumbaugh said. It’s hard to study, because federal law deems marijuana a schedule 1 drug—meaning it has no accepted medical use and a high potential for abuse.

Complicating matters, the cannabis plant is not one thing; marijuana is a variety, as is hemp. And they contain many compounds, of which THC—famous for the marijuana “high”—is only one.

Another compound, cannabidiol (CBD), has become wildly popular—showing up in commercially available oils, capsules and edibles. It does not produce a high.

A majority of the 50 children in this report were taking CBD-only products. Brumbaugh said there’s some reassurance in that, but it doesn’t mean the products are safe, either.

In fact, of the 50 kids, consultations deemed medical marijuana potentially unsafe for 64%. It was almost always because of possible interactions with their medications, Brumbaugh said.

Often, parents were advised to change the timing of the medical marijuana, to make interactions less likely. In one-quarter of cases, the advice was to avoid the products altogether.

“Drug interactions are one of my major concerns,” Patel said.

Aside from safety, there is the question of effectiveness. There are approved medications containing human-made THC used for nausea related to cancer therapy. And one drug—a purified form of CBD called Epidiolex—is approved for treating certain forms of epilepsy.

But other health claims for CBD remain unproven, Patel said. Plus, he added, the many products on the market are largely unregulated, and consumers can’t be sure of what they’re getting.

Like Brumbaugh, Patel encouraged parents to talk with their child’s doctor before using any cannabis product.

Spikes in emergency room visits found for respiratory problems in the days before a thunderstorm
We and our partners use cookies on this site to improve our service, perform analytics, personalize advertising, measure advertising performance, and remember website preferences.Ok