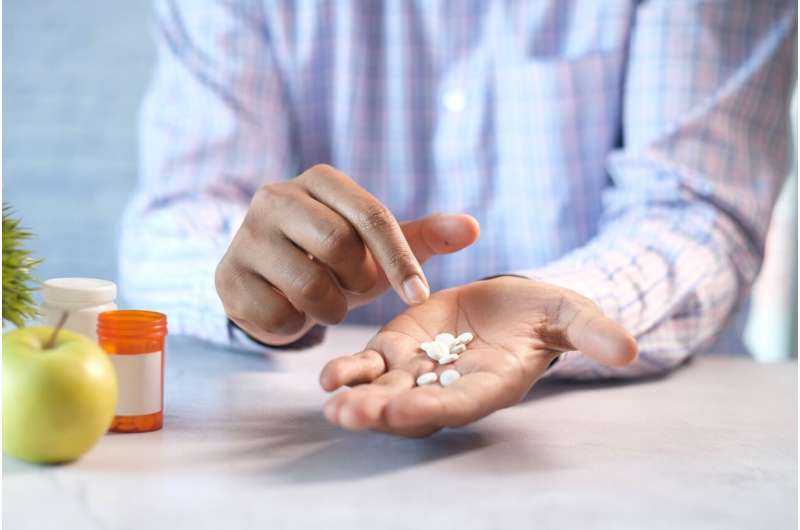 SGLT-2 inhibitors, a type of diabetes medicine, decreased cardiovascular risk among adults with chronic kidney disease, according to late-breaking research presented today at the American Heart Association’s Scientific Sessions 2022. The meeting, held in person in Chicago and virtually, Nov. 5–7, 2022, is a global exchange of the latest scientific advancements, research and evidence-based clinical practice updates in cardiovascular science.

“Many studies of empagliflozin and other similar medicines called SGLT-2 inhibitors (sodium-glucose co-transporter-2 inhibitors) have demonstrated that these medicines are safe for people with Type 2 diabetes,” said co-principal investigator David Preiss, Ph.D., associate professor in the Medical Research Council Population Health Research Unit at the University of Oxford, Oxford Population Health in the U.K.

“And we now have very good evidence that they lower the chance of dying from vascular disease or being hospitalized for heart failure among people with chronic kidney disease, heart failure, or Type 2 diabetes and cardiovascular disease. We therefore hope that SGLT-2 inhibitors may be used widely to treat people with these conditions in many countries.”

The researchers combined the results from 13 major clinical trials of SGLT-2 inhibitors to consider the effects on kidney disease progression, acute kidney injury and cardiovascular death or hospitalization for heart failure, in participants with or without Type 2 diabetes. According to Preiss, the analysis confirmed important benefits of SGLT-2 inhibitors on both major cardiovascular and kidney disease outcomes:

The meta-analysis included results from the EMPA-KIDNEY Trial, the largest study to assess the use of SGLT-2 inhibitors in participants with chronic kidney disease. Previous research linked the medicine with a decreased risk of hospitalization for heart failure and a decreased risk of worsening kidney disease among people with Type 2 diabetes. “What remained unclear is whether this medicine may have the same protective effect among people not diagnosed with Type 2 diabetes,” Preiss said.

EMPA-KIDNEY researchers enrolled 6,609 study participants in eight countries: Germany, the United States, the United Kingdom, China, Malaysia, Japan, Canada and Italy. Participants’ average age was 64 years, and more than half were white adults, 36% were Asian adults and 4% were Black adults. All participants had evidence of kidney disease for at least 3 months; more than 25% had cardiovascular disease; and slightly less than half had Type 2 diabetes. Between May 2019 and April 2021, participants were randomly assigned to empagliflozin or a placebo. Follow-up was for an average of two years.

Results of the EMPA-KIDNEY trial, published two days ago on November 4, 2022, showed that among the participants in the empagliflozin group, the risk of worsening kidney disease and death from cardiovascular disease decreased by 28%, with similar benefits for participants with or without Type 2 diabetes. The rate of cardiovascular events was lower than anticipated. Though the reduction in major cardiovascular events with empagliflozin treatment was not statistically significant in the trial, the results for these outcomes were entirely consistent with results from other trials.