In the United States, the severe acute respiratory syndrome coronavirus 2 (SARS-CoV-2), the causal agent of the ongoing coronavirus disease 2019 (COVID-19) pandemic, was first detected in late January 2020. Since then, several COVID-19 waves have occurred due to the emergence of highly infectious SARS-CoV-2 variants, such as B.1.617.2 (Delta) and B.1.1.529 (Omicron).

COVID-19 burden is monitored over time based on the number of infections, deaths, hospital visits, and hospital admissions. In contrast, seroprevalence within a population is determined at a particular point in time. 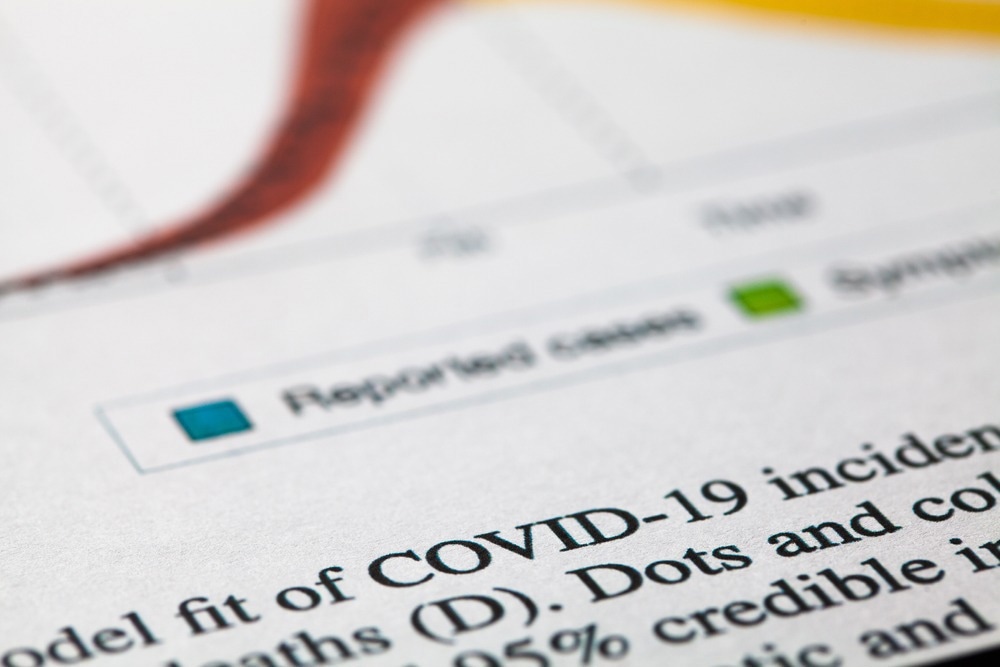 Sero-surveillance studies, whether cohort or cross-section-based, have been challenged due to their inability to determine the national burden of COVID-19. One of the reasons for this limitation is that sero-surveillance is conducted in subnational geographical areas or targeted to a specific patient population.

A new The Lancet Regional Health study analyzed data from all cross-sectional, national, repeated, and all-aged SARS-CoV-2 seroprevalence studies to elucidate the nationwide temporal trends of COVID-19 prevalence. The main aim of this study was to determine the overall antibody seroprevalence trends in different subgroups based on age, sex, and urbanicity. Additionally, the authors analyzed changes in the serological estimates at different phases of the pandemic and across geographical areas.

Remnant sera samples were collected from commercial laboratories between October 25, 2020, and February 26, 2022. These laboratories regularly obtained sera specimens from all 50 U.S. states and the District of Columbia (D.C.) for routine screening, diagnostic, or clinical care.

The authors obtained additional data, including the sex, age, state, ZIP code, and specimen collection dates. However, the study did not include vaccination status, race, and ethnicity.

The most significant percentage of samples belonged to individuals between the ages of 18 and 49 years, while the smallest percentage was from those between 0 and 17 years of age. In addition, most samples came from metro areas, and several SARS-CoV-2 infection waves were recorded.

The lowest seroprevalence was found in people aged 65 years or older. Both males and females exhibited similar infection-induced seroprevalence estimates.

As compared to non-metro areas, metro areas consistently showed a lower seroprevalence. Conversely, the highest seroprevalence prevailed in midwestern and southern regions of the U.S.

Throughout the study period, a convex pattern was observed in the change ratio, defined as the ratio of the change in seroprevalence to the change in reported case prevalence. For example, southern U.S. states exhibited the highest ratios during the winters at 3.2 compared to approximately 1.5 during other periods.

Analysis of sero-surveillance data is critical because it provides insights into infection burden. The change ratio helps understand the infection burden based on officially reported case rates.

A sudden increase in the infection rate also questions vaccine efficacy. In the current study, the researchers observed that the change ratio was highest during periods of high viral transmission, particularly in the winter.

A change in seroprevalence may be observed relative to the changes in reported cases because of the availability and use of home testing for COVID-19. This emphasizes the importance of continual sero-surveillance, which can provide better insights into the actual infection burden.

Serosurveys could help detect population subgroups at the highest risk of infection and target them for interventions. Children, for example, had the highest seroprevalence and higher infection-to-case ratios, even though seroprevalence in children is typically underestimated compared to adults.

The current study has many limitations, including the lack of probabilistic sampling, a potential source of bias in serosurveys. Additionally, excluding samples from individuals frequently subjected to SARS-CoV-2 antibody testing could lead to an underestimation of seroprevalence.

Nevertheless, the current study indicated that sero-surveillance data did not fully capture the SARS-CoV-2 infection burden in the U.S. between late 2020 and early 2022.

Sero-surveillance data is crucial to understand vaccine effectiveness. It also provides a better understanding of the effect of COVID-19 at the community level and identifies subgroups at higher risk of infection. This information could help scientists and policymakers formulate better strategies to protect vulnerable populations.

Priyom holds a Ph.D. in Plant Biology and Biotechnology from the University of Madras, India. She is an active researcher and an experienced science writer. Priyom has also co-authored several original research articles that have been published in reputed peer-reviewed journals. She is also an avid reader and an amateur photographer.