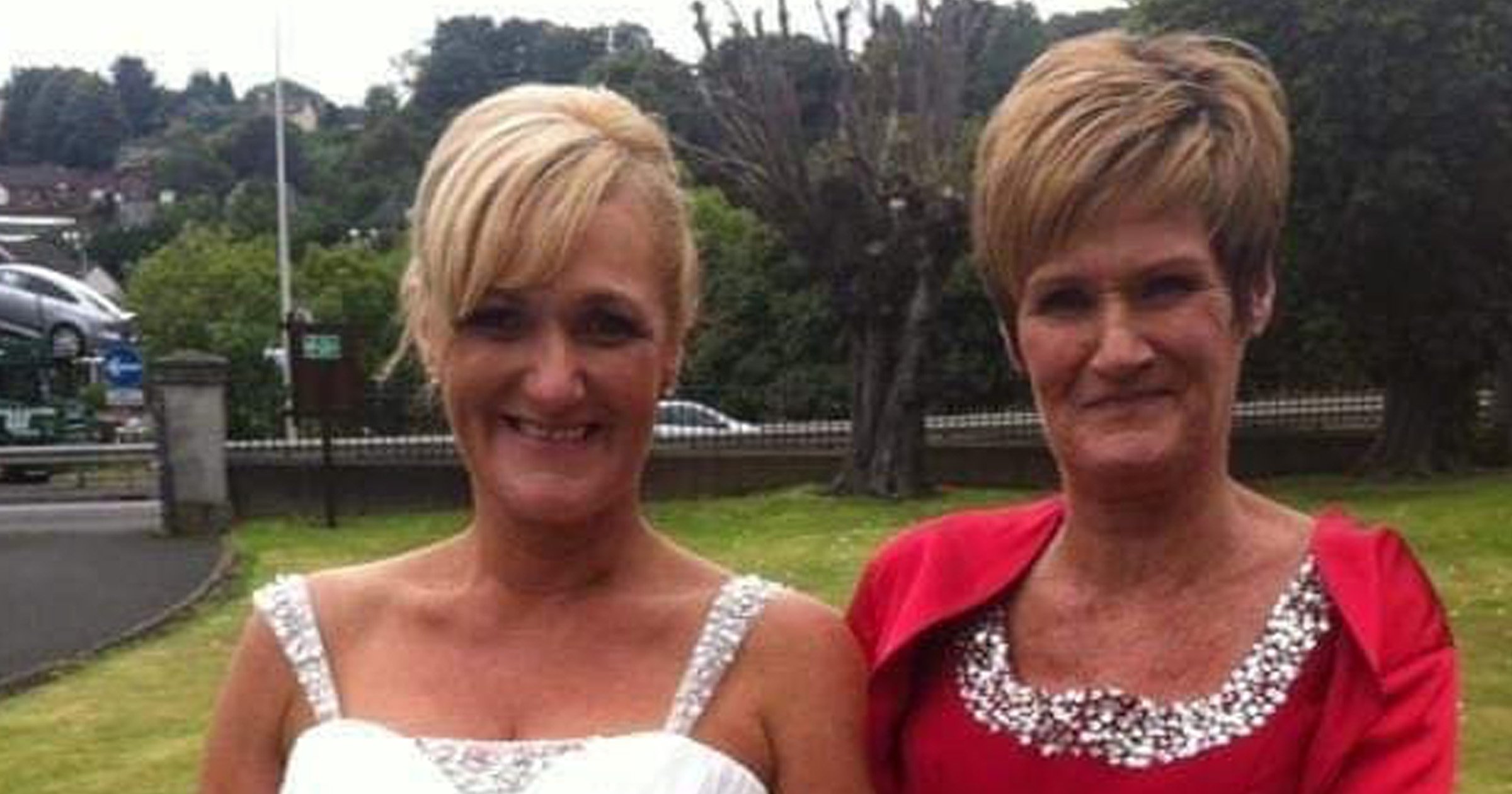 After her mum was diagnosed with bowel cancer, Joanne McIlhatton couldn’t help but wonder if the back pain she’d been experiencing was more than just an innocent ache.

Having already endured a series of hospital appointments to investigate the issue, her mother’s shocking news spurred Joanne to head back to her GP and push for further check ups.

Although she was initially warned by her doctor there would be a long wait for a scan, as soon as Joanne told them about her mum, she was fast-tracked for an appointment.

Sadly, a CT scan confirmed her worst fears – Joanne had the same bowel cancer as her mum, Bernadine Robinson.

Despite her diagnosis, Joanne – who calls her mum her ‘best friend’ – decided not to share the news with her, as by then, her mother was deep in treatment and fighting for her life.

Tragically Bernadine passed away from the disease in August 2021, but Joanne knows that if it wasn’t for her mum’s experience, she’d have never fought for her own diagnosis.

Joanne said: ‘I lost my best friend – my mum was a young mum, she was only sixteen when she fell pregnant and seventeen when she had me.

“Bowel cancer is one of those that’s hard to detect – if she hadn’t been diagnosed, I wouldn’t have pushed for it.’

Joanne, 53, first noticed that something was wrong when she started experiencing severe back pain and changing bowel habits in December 2020.

At the same time Bernadine, 69, had lost weight and didn’t have much energy.

Both mum and daughter had hospital appointments in early 2021. While medics looked at Joanne’s liver, Bernadine underwent a series of scans.

Just a few months later in March 2021, Bernadine was told the heart-breaking news that she had bowel cancer.

Devastated and shocked into action by the news, Joanne went back to the doctor.

Joanne also says she was inspired to get checked out again after learning about bowel cancer from the late Dame Deborah James.

Her doctor warned that a CT scan could take as long as a couple of years to take place – but when Joanne later mentioned her mother’s diagnosis to a specialist, her appointment was fast-tracked.

Joanne said: ‘I was crying as I was lying on the table because my mum was in hospital, and I was being tested for the same thing.

‘I saw the screen and the doctor said to me: “I’m going to be honest, there’s something there, and we don’t like the look of it.”

‘They referred me for a biopsy and within three days the doctor gave me a call and told me it was cancer.’

Meanwhile, Bernadine was spending increasingly long amounts of time in hospital while medics attempted to treat the cancer which had spread to her liver.

She endured one and a half sessions of chemotherapy before she became too sick to continue. She also had surgery to remove the cancer from her bowel.

Joanne decided not to tell her mum about her own diagnosis. ‘It was the first time I had been able to lie to her, and she believed me,’ she recalled.

Tragically, Bernadine passed away on August 23, 2021 – never knowing that she and her daughter were fighting the same illness.

It was a loss that left the family heartbroken, as Joanne explained: ‘She and my dad were childhood sweethearts and he loved the bones off of her.

‘But I prayed for her to die because she had no quality of life, none whatsoever.

‘I know when we meet again, she’ll be at me for not telling her about my diagnosis.’

Three weeks to the day after her mum died, Joanne underwent surgery.

Thankfully, she didn’t require chemotherapy as her cancer was caught early, and credits receiving early treatment and close monitoring after her surgery for her recovery.

Joanne also believes that, if her mum had received similar treatment, she may have had a better outcome.

Although now free of cancer, she continues to attend regular scans and check-ups.

‘I’ve got a big scan coming up – every scan and test at the minute fills you with dread because you’re wondering what they’re going to find but that’s no way to live either,’ Joanne added.

‘It’s just one of the most difficult things but Deborah James’ “rebellious hope” gets me through each day.’

Now Joanne is urging people to get checked out if they suspect something is wrong.

She says: ‘If there’s a change in your bowel habits lasting longer than three weeks, go to the GP – the longer you leave it the worse it can get and that’s when it starts spreading to other organs like it did to my mum.’