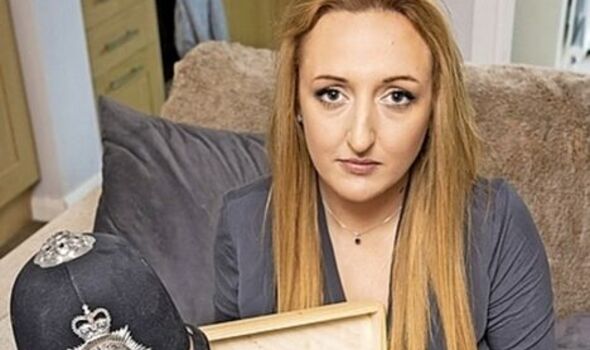 Sarah Crampton is haunted by visions of dad Mark’s “barbaric” final moments, alone on a train track in the middle of the night.

She is sharing his story after Office for National Statistics analysis found that people with severe health conditions were twice as likely to die by suicide compared with the general population.

Some 455 had, like Sarah’s father, chronic obstructive pulmonary disease (COPD), 465 had chronic ischaemic heart conditions and 58 had cancers with poor survival rates.

Sarah, 33, said: “This data shows my dad was one of hundreds who woould take devastating actions to escape their pain. We urgently need a more compassionate system.”

When Covid hit he became trapped at home, speeding his deterioration. His feet swelled and he stopped eating properly.

On June 5, 2020, Mark tidied his flat, took an oxygen tank and his walker and drove the short distance from his home to Radlett train station in Hertfordshire.

CCTV footage later revealed he hid in bushes by the tracks for almost two hours before taking his own life in the early hours.

Suicide notes said he could not live with the pain his illness was causing any longer. Sarah said: “He knew he didn’t have long left but he didn’t want to die in hospital gasping for air.”

Sarah supports campaign group Dignity in Dying’s call for assisted dying to be legalised for terminally ill people with less than six months to live. It is also backed by the Daily Express Give Us Our Last Rights crusade.

She said: “If we had that option in this country, I could have been with my dad when he left and he wouldn’t have had to die alone in such a barbaric way.”

More than 25,000 railway staff have been trained to identify and help vulnerable people thanks to a partnership with Samaritans.

In the past year staff have helped more than 650 people, potentially saving hundreds of lives.

These figures show that without an assisted dying law some terminally ill people are driven to taking their own lives.

My cancer-suffering brother Kevin took his own life without saying goodbye to his family.

He simply wanted control over how he died and the only option available to him was to take matters into his own hands.

If we really want safe, compassionate, person-centred care at the end of life, we must listen to what dying people tell us they want – access to high-quality end-of-life care including the safeguarded option of assisted dying.

Assisted dying is safe and effective in a growing number of jurisdictions around the world.

It is time for the UK to show compassion and follow suit.