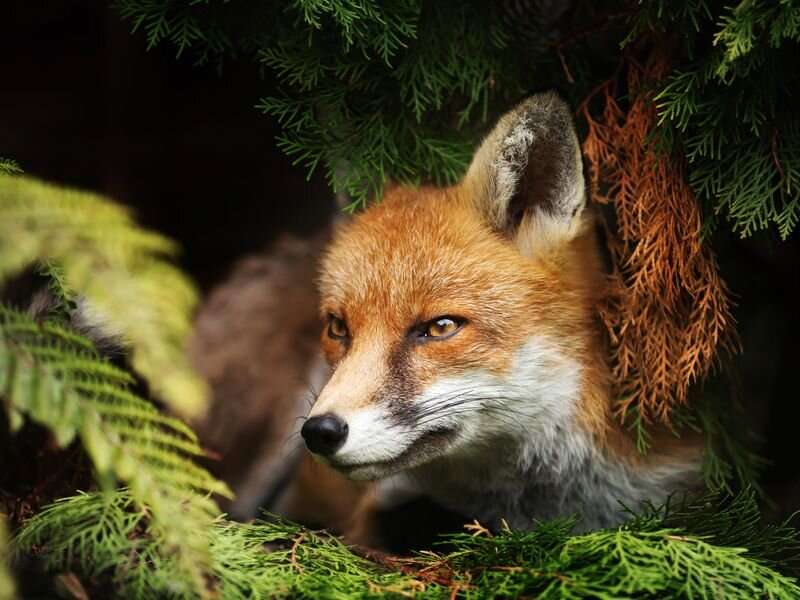 A rare parasitic disease that has long been documented in Europe seems to have taken root in the United States.

Researchers in Vermont are reporting on two human cases of the disease, called alveolar echinococcosis (AE), which were caused by a European strain of the parasite E. multilocularis.

They also found evidence of the strain in two red foxes in Virginia.

Until now, human cases of the disease in the United States had only been reported—many years ago—in Alaska and Minnesota. And those had been caused by North American strains of the E. multilocularis parasite, which are considered less virulent than European strains.

So the two Vermont patients represent the first cases of AE in the Eastern United States, and the first caused by a more harmful European strain.

“We haven’t seen this before in the U.S.,” said Dr. Louis Polish, an infectious disease specialist at the University of Vermont College of Medicine.

He stressed that no one should be alarmed about their personal risk. “This disease is extremely rare,” Polish said. “But we wanted to report this so physicians can have it on their radar.”

He and his colleagues describe the cases in a research letter published Nov. 17 in the New England Journal of Medicine.

E. multilocularis is a small tapeworm that infects canines, often coyotes and foxes, and is apparently fairly harmless to them. It has long been known to exist in North American wildlife, but human cases of AE have been rare.

Those human infections happen when a person unknowingly ingests eggs from the tapeworm—through contaminated food or water, for instance. That results in a parasitic growth in the liver.

On an imaging test, the growth looks a lot like a tumor, and when AE progresses to the point of causing symptoms, they include pain, jaundice, weakness and weight loss—which also suggests cancer.

The first AE case in Vermont was identified incidentally in a 36-year-old woman who was undergoing routine monitoring for a thyroid condition. Tests showed that her liver enzymes were high, so doctors performed an ultrasound to see what was going on. That’s when they found a large mass in her liver.

The mass was biopsied, and based on its appearance, her doctors suspected a parasite was to blame. She was referred to an infectious disease clinic, and eventually the diagnosis came back: She had AE, and the culprit was a European strain of E. multilocularis.

The second patient, an 82-year-old man, was diagnosed after he developed jaundice, and imaging revealed a mass in his liver.

Both patients are now stable, Polish said. The liver masses can often be surgically removed; in the case of the female patient, Polish noted, the mass was in a location that makes surgical removal too risky. She is awaiting a liver transplant.

Exactly how the patients contracted the parasite is unknown.

“The difficulty is, the incubation period for this parasite is very long,” Polish said.

It can dwell in people’s bodies for as long as 10 or 15 years before causing signs or symptoms. At that point, Polish said, it’s very hard to pin down when and how it was contracted.

The researchers did try to genetically link the cases to a potential “animal reservoir.” They tested stool samples from more than 400 foxes and coyotes in Virginia, and found that two foxes had genetic evidence of E. multilocularis.

Samples from both animals and both patients showed close resemblance to the Slovakian “E5” strain of the parasite.

How did a European strain find its way into American foxes?

The cases may be the first in the United States, but not North America. Alberta, Canada, saw its first human case of AE about a decade ago, and the province has since become the continent’s “hot spot” for the disease.

“We’ve had well over 20 cases confirmed now,” said Dr. Stan Houston, an infectious disease specialist and professor emeritus at the University of Alberta.

He said the story began with veterinarians who found evidence of European strains of E. multilocularis in coyotes and rodents (who have a habit of eating coyote feces). It wasn’t long before the first human AE case—in a transplant patient whose immune system was suppressed due to anti-rejection medications.

Several of the subsequent patients, Houston said, were immune-compromised, too—which might make people more vulnerable to becoming ill from the parasite, or speed the course of the infection.

Like Polish, Houston said no one knows how the European parasite made its way into Alberta coyotes. But it appears to be “very efficient” at spreading, he noted: In parts of the province, up to 80% of coyotes now carry the parasite.

Houston said that people could unwittingly ingest the parasite eggs if, say, they ate produce from a garden that a coyote had wandered through. It’s not clear, he noted, whether pet dogs are an “important bridge.” In theory, though, it’s possible: A farm dog, for example, could eat a rodent with the parasite. From there a person who comes in contact with the dog’s feces could be infected.

According to Polish’s team, there have been recent reports of two pet dogs, in two U.S. states, having the parasite.

Both doctors stressed, though, that this is not something that should keep people up at night. Even in Europe, where human AE cases have been long-established, it’s uncommon.

But Houston said it’s important to keep an eye on diseases in animals, and remember that they can be transmitted to humans—something the COVID pandemic has underscored.

More information:
The U.S. Centers for Disease Control and Prevention has more on alveolar echinococcosis.