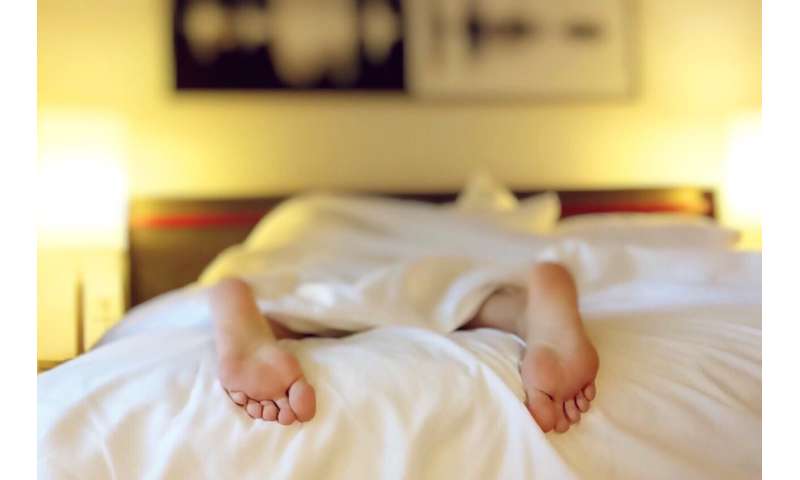 As the world continues to watch the number of COVID-19 cases increase (and daily records being broken), patients with myalgic encephalomyelitis, aka chronic fatigue syndrome, want to tell those recovering from coronavirus to listen up.

COVID-19 patients may be at risk of developing the neuroimmune condition ME/CFS that depletes one’s energy. ME/CFS, which leaves 75% of those affected unable to work and 25% homebound or bedridden, impacts 15 million to 30 million people worldwide, and symptoms may be triggered by an infection, according to the National Institutes of Health. Dr. Anthony Fauci, director of the National Institute for Allergy and Infectious Diseases, says some diagnosed with coronavirus are showing symptoms that resemble those seen in ME/CFS patients.

“The ME/CFS community is saying 80% of us had some sort of virus and that went away, and we’re still stuck with all of these symptoms,” said Sanna Stella, an Oak Park resident who was diagnosed with ME/CFS. “If you’re a patient, you really have to listen to your body and not all those ‘shoulds’ we tell ourselves. … Because if you keep pushing, for some of these patients, it really will make things a lot worse.”

Stella came down with a “bug” around Thanksgiving 2013. While her husband rebounded from it, her bout of sickness became “a bad respiratory incident” that left her exhausted by constant coughing and fever. Medications made the symptoms go away, but the mom of three said she kept feeling more fatigued as the days went by. She kept pushing herself anyway. By New Year’s Eve, Stella had totally collapsed. She couldn’t move from the dining room table to the couch.

“It makes no sense. I’m not coughing anymore. I don’t have a fever,” she said. “That’s why you keep pushing because as soon as you feel like you can move a little, you start moving as much as you possibly can, and then you totally crash.”

After seeing eight doctors, from general practitioners to specialists, an internist led her to a diagnosis of ME/CFS in May 2014.

With the possibility of rising cases (clusters of ME/CFS followed other infectious outbreaks like SARS in Hong Kong in 2003), those in the ME/CFS community are saying now is the time for more study of the early stages of COVID-19. If we can learn about the factors that separate those who regain their health from those who remain sick, better care can be offered to patients if they develop ME/CFS. According to Dr. Leonard Jason, a DePaul University psychology professor who has studied ME in adults for 30 years, an illness like COVID-19 will yield a certain percentage of people who won’t recover fully.

“What percentage? It’s probably too early to know because we only have a couple of months of follow-up, but certainly there are many reports of individuals who have gotten sick and still feel very ill,” he said.

Jason co-authored a June study that suggests a need to collect data from samples from COVID-19 patients, including those who are not symptomatic, to assess functioning during the recovery phase post-coronavirus. (A number of studies are underway, including a six-month study of COVID-19 in front-line hospital workers that is underway at the Rutgers Institute for Translational Medicine and Science at Rutgers University in New Jersey.)

Jason says that when chronic illness sets in, patients tend to question why they can’t resume their previous lifestyle. But if researchers get out ahead of this now, the medical field can start finding ways of accommodating people with post-viral fatigue, being sensitive to their needs.

“That’s what’s important,” he said. “We don’t want to retraumatize them or stigmatize them as if this is something that is their fault. Fatigue and pain are primary reasons people go to their physicians. The problem is if you see 25% of your patients are fatigued, and someone comes in with some kind of post-viral fatigue, they just get put into that larger category and doctors don’t understand that one can be much more serious and much more limiting.”

Limits are something Stella, an ME advocate, knows about. She recalls her doctors prescribing physical therapy to help her.

“I couldn’t even sit at the table and eat a meal, so just to think about doing exercises, there just wasn’t any energy for that,” she said. “When I crash, it’s really, really low (like having to wear a diaper because she can’t use the bathroom on her own), but then during my good times, I can do stuff around the house … some cooking, some cleaning. But when I go anywhere that is more than a quarter to half a block of walking, I need a wheelchair.”

Stella, a former interior designer, is now working on becoming a clinical mental health counselor. She thinks now is the time to focus attention on ME/CFS since everyone is thinking about their daily steps much differently living in a COVID-19 world.

“This is what ME/CFS patients do every day already, and we’re saying: ‘Your whole life can change if you get this.'” she said. “This is an unusual opportunity right now for progress in research on ME/CFS, as we can be pretty sure some of the COVID-19 patients will go on to develop ME/CFS. With a large and simultaneous cohort of potential new patients, scientists could actually study onset and early development of this. So, support and research funding for ME/CFS should be part of the immediate and long-term COVID-19 response.”