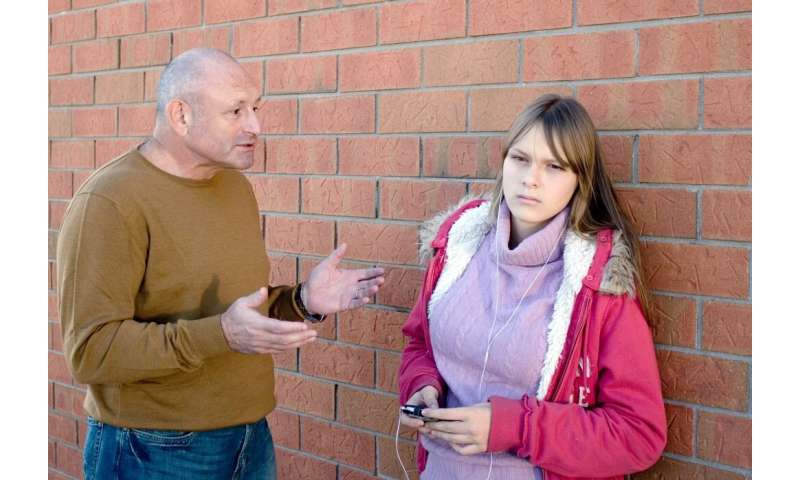 Parental concerns about child’s weight and encouraging their child to diet increase the likelihood of weight-based teasing by family members, according to a new study from researchers at the UConn Rudd Center for Food Policy and Obesity and the University of Minnesota. Adolescents teased about their weight by family members were also found to have higher levels of stress and substance use and lower self-esteem in young adulthood.

Adolescence is a critical developmental period for children that often comes with increased social pressures and criticism. While adolescents often face criticism and victimization about their weight at school from peers, family members can be another main source of negative weight talk and teasing. This is particularly concerning given the health consequences that result from weight-based bullying, such as emotional distress, eating disorders, and substance use.

“We know that family weight teasing during adolescence can be harmful, but few studies have examined risk factors for teasing beyond adolescent characteristics such as BMI and gender,” says Leah Lessard, lead author of the study and postdoctoral fellow at the Rudd Center. “To support families and reduce weight teasing at home, it is important to understand how parents may contribute to family weight teasing.”

The study, published in the Journal of Adolescent Health, reports on findings from Project EAT, a population-based, longitudinal cohort study of weight-related health and associated factors in young people. Mothers, fathers, and adolescents all participated. Surveys assessed adolescents experiences of family teasing and their subsequent health behaviors eight years later in young adulthood. Parent surveys focused on topics like concerns about their child’s weight, weight-related parenting practices, and their own dieting behaviors.

“These results highlight the long-term harmful effects that weight teasing by family members can have on outcomes such as emotional health, substance use and stress,” says Dianne Neumark-Sztainer, professor at the University of Minnesota and principal investigator of the EAT cohort study. “As we’ve learned from these findings, it is important to reduce weight teasing in the home environment. Encouraging parents to focus on child health, rather than weight, may reduce weight teasing and its harmful consequences.”