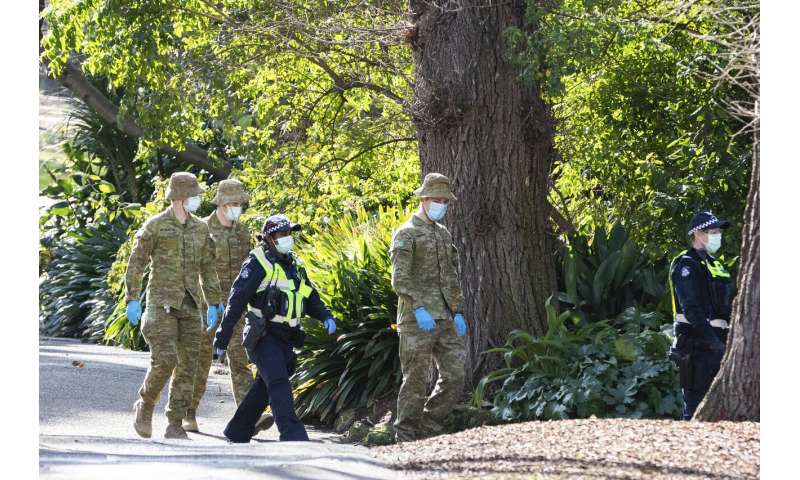 Melbourne’s usually vibrant downtown streets were draining of signs of life on Wednesday on the eve of Australia’s toughest-ever pandemic restrictions coming into force.

Many of the stylish boutiques and eateries in a city dubbed Australia’s Hipster Capital that prides itself on superior coffee had already closed their doors ahead of a ban on non-essential businesses that will throw 250,000 people out of work from Thursday.

Defense personnel in camouflage fatigues and police officers patrolled the streets enforcing pandemic rules that include mandatory masks, which the few pedestrians were abiding by.

The closing down of Australia’s second-largest city, which usually accounts for a quarter of the nation’s economic activity, also coincided with frenetic preparation.

Hairdresser Niki Fiocca said she had been solidly booked by customers in recent days before her salon must close for at least six weeks.

“I just hope that this all works out for us,” said Fiocca, revealing she felt “a little bit under stress.”

“If everyone did the right thing, maybe this wouldn’t have happened,” she added, referring to Melbourne’s growing COVID-19 infections.

Victoria set a new daily record of 725 cases on Wednesday. Elsewhere in Australia, only 14 new infections were found. 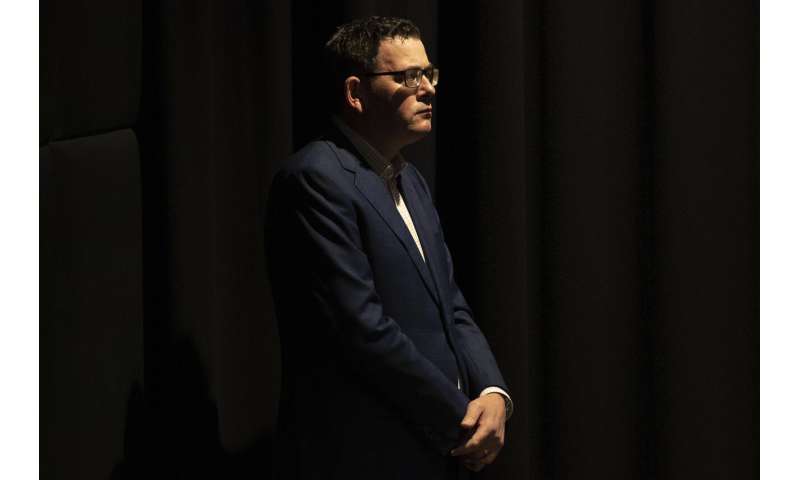 A Victoria state government website crashed on Wednesday when it was overwhelmed by employees in essential services applying for permits that would allow them to leave home for work from Thursday.

Melbourne café owner Maria Iatrou’s business has been classified as essential so she can continue selling takeaway coffee and home deliveries on Thursday while many businesses will be closed.

When pandemic restrictions were imposed by Melbourne zip codes last month, she found herself across the street from competitors that didn’t have to endure the same.

The playing field was leveled when the rules were spread citywide.

Now she must adapt to the new lockdown that will put the non-essential workforce, and many of her customers, out of work.

“It’s not only that there is that many people out of a job, they’re also telling everybody to stay home and only got out for one hour a day to go shopping or whatever—I don’t understand why we have been told to stay open,” Iatrou said. 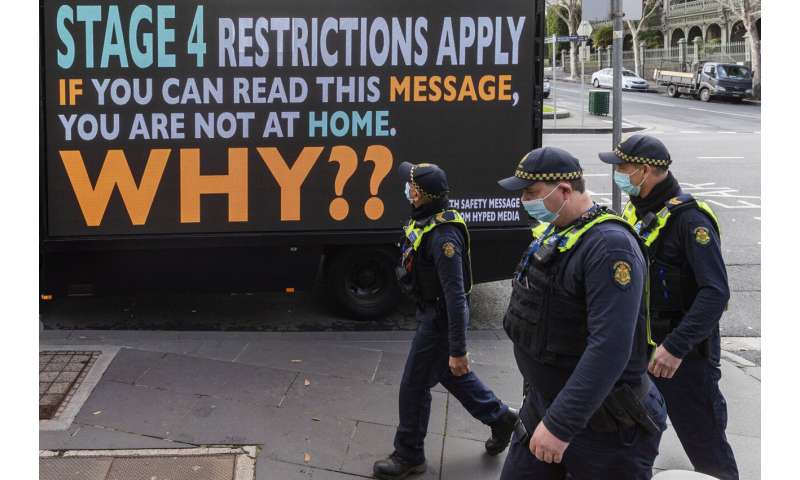 She questions why a liquor store is classified as an essential business but a hairdresser was not.

“There have been some half-hearted attempts at things and if you’re going to shut things down, shut them down. Now it’s, You can stay open and you can stay open, but you can’t,” Iatrou said.

Many Melbourne businesses in this city of 5 million are not expected to survive the second and harshest lockdown.

“The surprise phone call, an email, a video catch-up, even a card or a letter with positive messages of love or support can make a big difference to our family members and our friends in Victoria who find themselves living under the restrictions,” Kidd said in a nationally televised news conference. 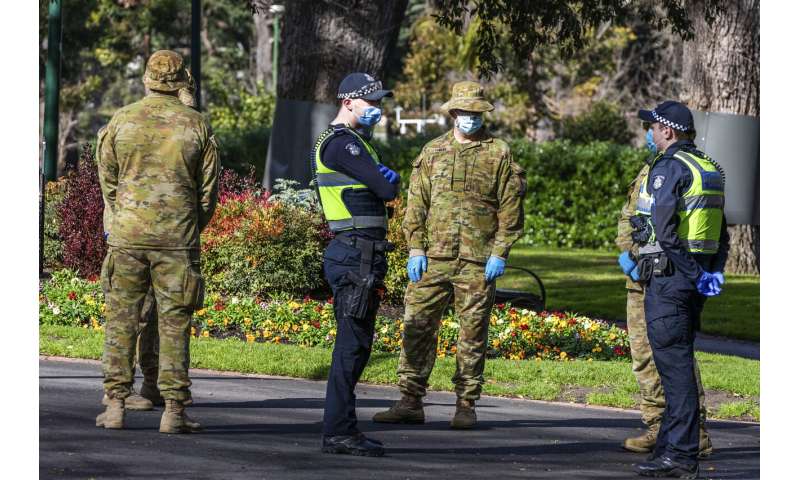 Iatrou did not know if her café would survive the second lockdown.

“It’s really, really hard to say at the moment, because it hasn’t officially kicked off yet,” she said. “But as usual, there’s a lot more hoops to jump through and a lot more paper work.”

“I had to organize (work) permits for my employees today which was so much fun when the site had already crashed in the morning,” she added.

Melbourne residents were evenly split between those who resented the new impositions and those who wholehearted supported them, she said.

Authorities are concerned that many Melbourne residents were ignoring orders to stay home, even when they were infected with the coronavirus.

A 38-year-old Melbourne woman has been charged with repeatedly bashing a 26-year-old police woman’s head against a concrete sidewalk this week. The officer had been attacked for asking the woman why she wasn’t wearing a mask, police allege. 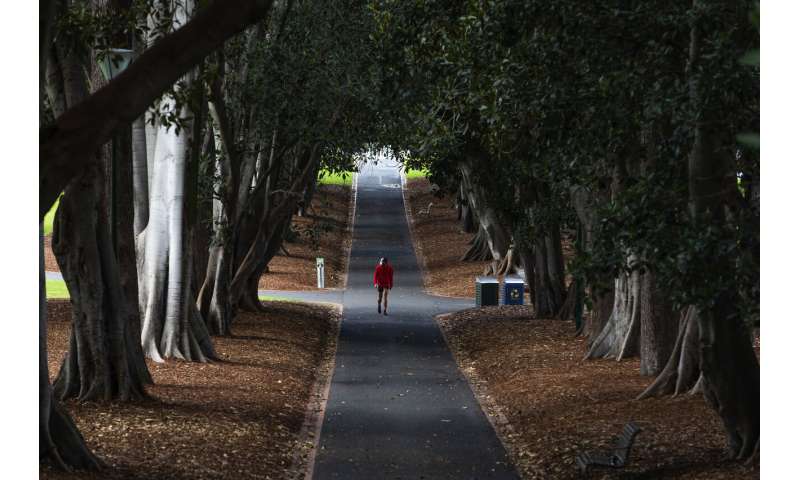 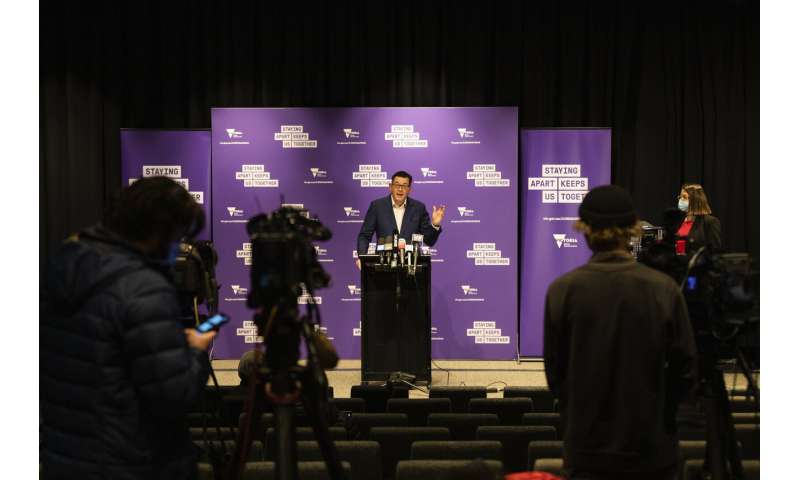 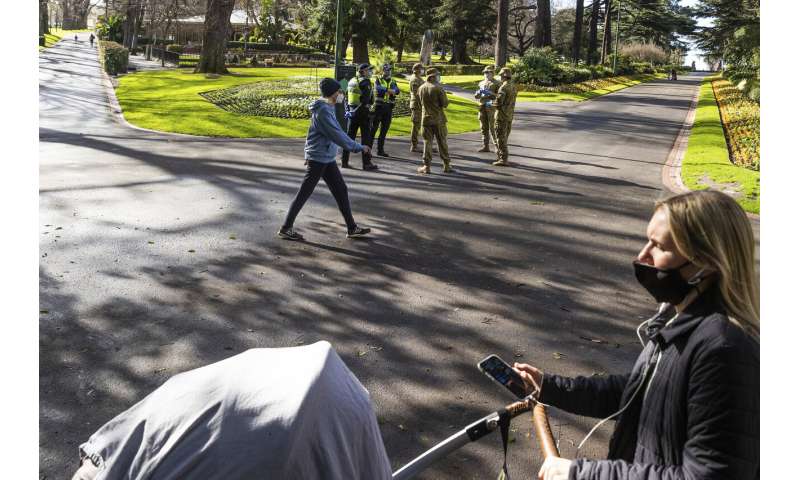 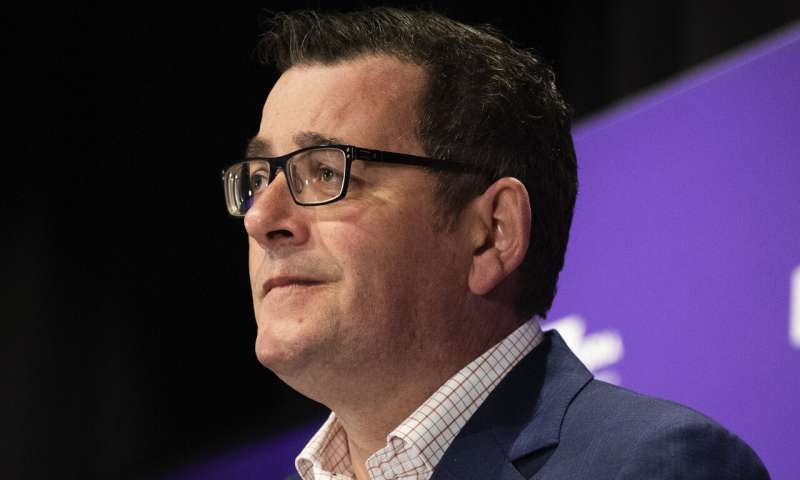 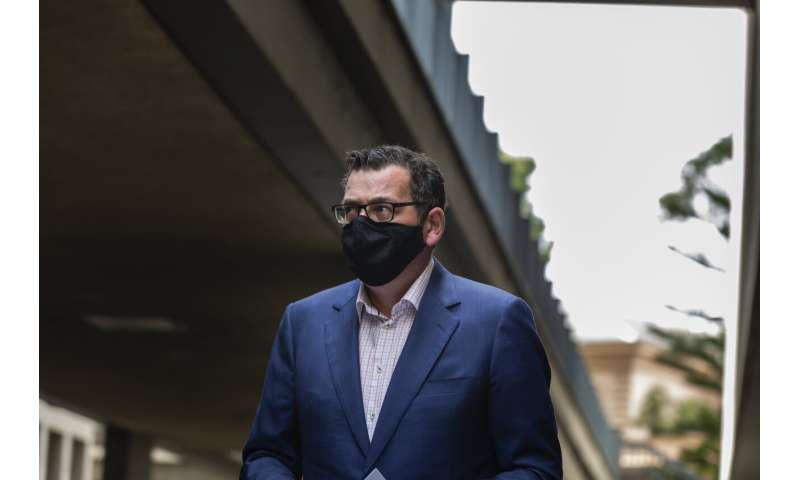 Victoria Premier Daniel Andrews has acknowledge that his government was asking a lot of residents with the new level of restrictions which would cause hardship.