Want your child to be a better jumper? Let them walk around barefoot: First study of its kind finds kids who don’t wear shoes have better motor skills (but it won’t improve their ability to run)

Children who spend the majority of their time without shoes on can jump better and are steadier on their feet, research suggests.

Paediatrics analysed the differences of growing up barefooted or ‘shod’ – the term for wearing shoes – in the first study of its kind.

German and South African researchers have now urged parents to encourage their children to take off their shoes, and go barefoot around their home.

They claim doing so would improve their basic motor skills, and help them in PE at school or exercise and sports in their own time.

Walking barefoot is believed to help develop muscles and ligaments in feet, and boost the strength of the arch.

But experts found youngsters who grow up barefooted can’t run as quick as other kids used to the comfort of trainers and boots. 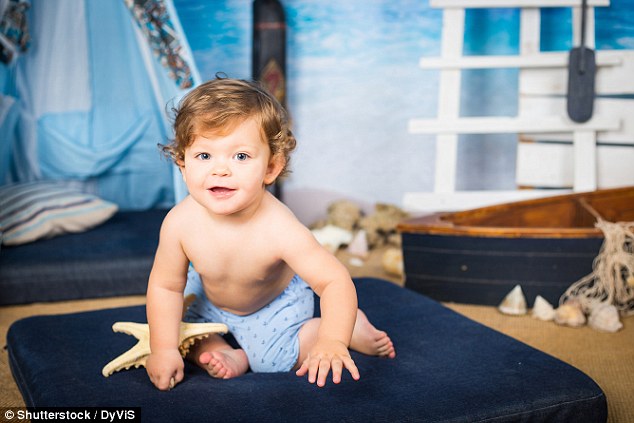 Children who spend the majority of their time without shoes on can jump better and are steadier on their feet, research suggests

Three motor skills were tested among the 810 children in the trial, through a balance test, standing long jump and a 20 metre sprint.

Around half the kids were from rural South Africa, who often grow up barefoot. The rest came from Germany, where children wear shoes most of the time.

An analysis of the results showed the habitually barefoot children scored higher than their counterparts in the balance and jumping tests.

This difference was observed across all three age groups, but the most striking effect was evident in youngsters aged between six and 10.

In a further finding, the habitually barefoot children also performed better when they were barefoot than when shod.

However, the results noted in the study for the sprint test were different, as habitually shod youngsters performed better.

Researchers led by Professor Astrid Zech of the University of Jena explained the results may have been down to the environment.

ARE BAREFOOT FITNESS SANDALS BAD FOR YOUR MUSCLES?

‘Barefoot’ fitness sandals could be bad for the muscles, joints and bones, scientists warned in March.

And even the indigenous tribes, whose footwear that they are based on, suffer as a result of wearing them, it is claimed.

The fashionable shoes – which can cost up to $300 (£226) a pair – almost double the level of stress on the body compared to walking in bare feet.

According to the lead author, Harvard biologist Dr Ian Wallace, the perception that these sandals ‘protect’ you from damage lead people to put more weight on their feet than if they were barefoot.

This may have ‘consequences for musculoskeletal health’ by increasing the risk of pulls, strains and even back pain.

‘In contrast, the German children took the sprint test indoors, mostly in a sports hall with a sprung floor.’

Professor Zech continued: ‘The type of shoe may also have influenced the results.

‘South African students run in school shoes, while German students use sneakers or athletic shoes in their physical education classes.

‘So while our results suggest that growing up shod may be beneficial for fast sprinting, we need to investigate this further.

The findings of the trial, which involved experts from Stellenbosch University, were published in the Frontiers in Pediatrics journal.

‘The use of footwear has long been discussed as an influencing factor on foot health and movement pattern development.’

She added some studies have found growing up barefoot can change biomechanics in children – but knowledge is limited.

Professor Ranel Venter, who led the South African part of the trial, said the study supports what other scientists have previously found.