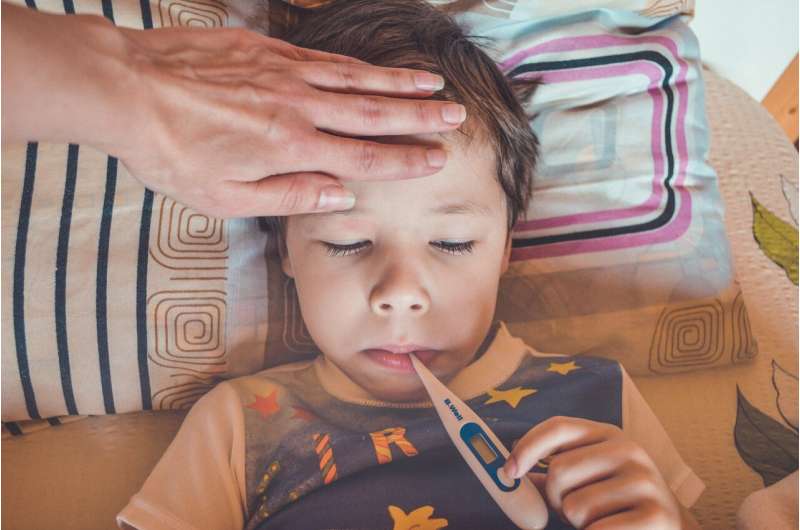 There is no internationally agreed standard treatment for children discharged from hospital with pneumonia. St George’s researchers recently found that shorter courses of lower-dose antibiotics are just as effective as higher doses taken for longer, potentially making life easier for families as well as reducing the risk of antibiotic resistance.

Pneumonia is one of the most common serious lung infections in young children worldwide. If children don’t need to be in hospital, they can be treated at home with an antibiotic called amoxicillin, given as a liquid syrup.

Even though it’s prescribed so often, not much is known about the best way to use amoxicillin: how long it should be used for, for example, or its lowest effective dose.

The CAP-IT trial studied 814 children who had developed pneumonia in the community, had been admitted to hospital and then discharged within 48 hours or had been seen in the emergency department.

This meant the researchers were able to study different doses and different treatment lengths simultaneously.

The researchers looked at the number of children who needed extra treatment within 28 days. They found no differences between any of the groups: in all groups, around 1 in 8 children needed more treatment.

This means that a short course at a lower dose appears just as good as a longer, higher dose.

Children receiving antibiotics at home will do just as well on a three-day course of treatment as seven days. They could also take antibiotics just twice a day instead of the U.K. standard of three times.

This should mean that administering the treatment is easier for caregivers, that children are more likely to complete the course, and that they can return more quickly to normal life.

Bacteria can become resistant to antibiotics, making infections more difficult to treat. The development of resistance is slowed by using antibiotics carefully, at the lowest dose for the shortest period that still treats an infection effectively.

The researchers collected nose and throat samples from around half of the children and found that there was no difference in the levels of antibiotic resistance in their pneumococcal bacteria, either before or after treatment.

The researchers point out that they only tested pneumococci bacteria in the nose and throat. They don’t know whether resistant bacteria may have been present elsewhere in the body, or if other types of bacteria may have developed resistance.

The researchers hope that the study will lead to changes in prescribing guidelines. They are also doing lab studies to check how the amoxicillin affects the development of resistance in other bacteria.

They are also part of a large clinical trial in South Africa, Uganda, Zambia and Zimbabwe which is assessing the best treatment for young children discharged from hospital who’ve been treated with injectable antibiotics.

“Our research suggests we should consider changing how we manage young children with a clinical diagnosis of community-acquired pneumonia,” says Dr. Julia Bielicki, a pediatrician and researcher at the Center for Neonatal and Pediatric Infection at St George’s.