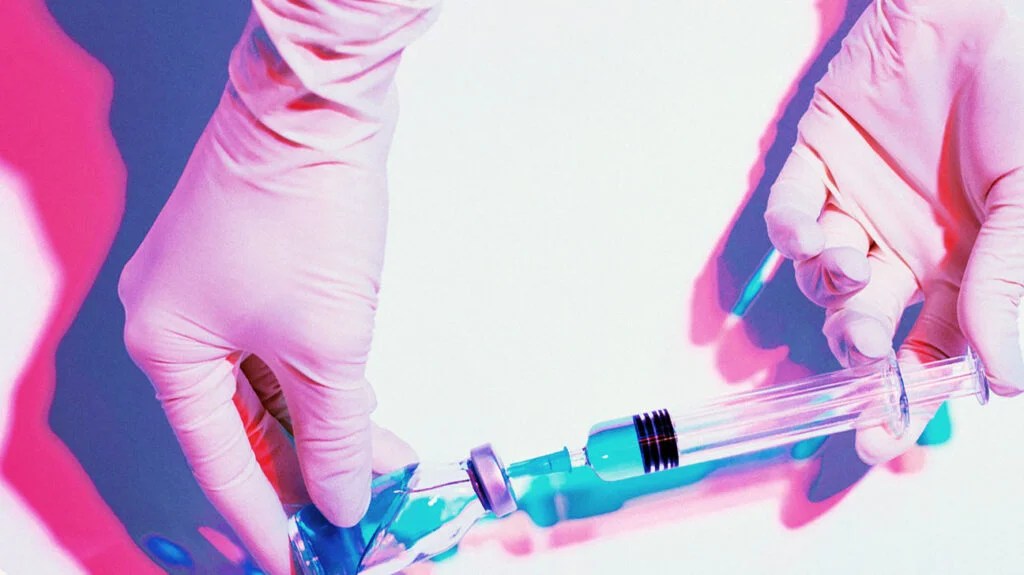 Cancer immunotherapy works by equipping a person’s own immune system to get rid of tumors. Advances in T-cell biology have led to therapeutic strategies, including checkpoint inhibitors, adoptive cell therapy, and cancer vaccines.

However, until now, cancer vaccine trials have generated mixed results. While effective for some, they are ineffective in others, and many types of cancer do not respond to this approach.

A better understanding of the molecular and cellular drivers that reduce T-cell response around tumors could improve vaccine formulations.

The question of cancer vaccine delivery

They found that, unlike subcutaneous delivery, IV generates a systemic immune response. They noted that their findings might have broad implications for the development of cancer vaccines and other immunotherapies.

“This is a very insightful study that shows that our standard vaccine approaches that we typically do in the skin and works well to prevent infections may be improved to fight cancer even more effectively when administered intravenously,” Dr. Santosh Kesari, director of neuro-oncology at Providence Saint John’s Health Center, chair of the Department of Translational Neurosciences and Neurotherapeutics at Saint John’s Cancer Institute in Santa Monica, CA, and Regional Medical Director for the Research Clinical Institute of Providence Southern California, told Medical News Today.

Dr. Kesari was not involved in the research. Commenting on the findings, he added: “Furthermore, this study identified the mechanism that IV administration not only activates the immune system to recognize the cancer-like skin route, but also eliminates the barriers at the tumor sites. This is done by activating the interferon pathway systemically to remodel the tumor microenvironment and getting rid of tumor-promoting monocytes.”

The results of the study are reported in a paper published in Cell.

What the study did

For the study, the researchers implanted colon cancer tumors in mice subcutaneously. They then gave mice a nanoparticle vaccine delivered either by IV or subcutaneous injection after seven days and again seven days later.

They further found that mice that received a subcutaneously-injected vaccine first, followed by an IV-administered vaccine, experienced tumor control and improved survival similar to those who received IV vaccines twice.

The researchers noted this meant that IV administration is not necessary for the first vaccine — known as “priming” — and that immune cells generated by subcutaneously-administered vaccines can induce tumor regression when boosted with IV vaccines.

From further tests, the researchers noted that while both subcutaneous and IV-administered vaccines induced a T-cell response that infiltrated tumors, only IV-delivered vaccines mediated tumor regression.

This, they found, came as IV-administered vaccines alone activated a second immune response — activation of immune cells known as type I interferon — that prevented the tumor microenvironment from dampening T-cell activation.

When asked why vaccines delivered by IV and subcutaneous injection may have such differing effects, Prof. Don J. Diamond, a professor in the Department of Hematology & Hematopoietic Cell Transplantation at City of Hope, not involved in the study, told MNT:

“I’m a bit flabbergasted as to why there are such profound differences.The authors’ explanation is that systemic delivery is more apt to reprogram the tumor microenvironment versus subcutaneous administration.”

He hypothesized that IV administration might facilitate the spleen in cellular interactions that could provoke immunity. The spleen is a fist-sized organ near the stomach that cleans the blood and manufactures immune cells.

He explained, however, that the same mechanisms may not occur in humans as the spleen is not necessary for effective immunity, and the lymph nodes can reduce its effects in any case.

He added that administering molecules that provoke the interferon response and other inflammatory cytokines may be as crucial as the route of delivery. He noted that the inclusion of these molecules could recruit better-quality immune cells than subcutaneous injection or even direct entry into the tumor itself.

The study authors concluded that generating T cells and remodeling the tumor microenvironment are promising approaches for tumor immunotherapy.

When asked about the study’s limitations, Prof. Diamond noted that “one glaring limitation is the use of chemically induced murine tumors that are transplanted subcutaneously, which is not universally applicable to how tumors grow naturally in humans or mice.”

“This is a study that uses multiple unique mouse-specific concepts and reagents. It is an enormous leap of faith to assume it will translate to becoming an effective clinical vaccine strategy,” he explained.

Prof. also Diamond noted, however, that if the findings translate over to humans, they may provide a more effective way of delivering vaccines to induce tumor regression.

Dr. Marjorie Zettler, executive director of clinical science at Regor Therapeutics Group, not involved in the study, also told MNT: “The vaccine-induced systemic innate immune activation — when administered by IV — could potentially help generate an even greater tumor response when partnered with immunotherapy. A challenge with this strategy will be finding the right balance to achieve tumor regression while avoiding immune-related toxicities.”

Dr. Kesari added that “[t]his further opens up the field of personalized cancer vaccines and the need for combination therapies.”

“These vaccine approaches have shown that we can induce a tumor-specific immune response but have limited effect in controlling tumor growth. But more generally, stimulating the immune system, as shown in this publication, we may be able to train and have the immune system kill the tumor more effectively.”