The legal smoking age should be increased from 18 to 21 to help create a ‘smoke-free generation’, a leading lung doctor has said.

Dr Nicholas Hopkinson, a respiratory specialist at Imperial College London, said such a move would have a major health impact and would be popular with the public.

‘Smoking is a contagious habit, transmitted by peers,’ he said. 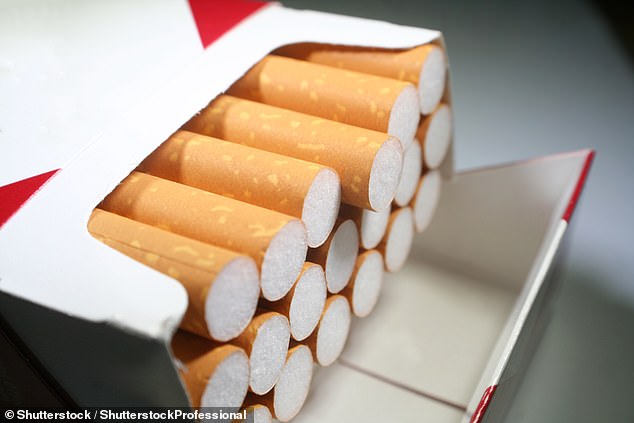 Dr Nicholas Hopkinson, a respiratory specialist at Imperial College London, said such a move would have a major health impact and would be popular with the public

‘The higher the proportion of a child’s friends who smoke, the more likely they are themselves to smoke.

‘The age increase will protect younger children from exposure to older pupils in school who smoke and whose behaviour they may want to imitate.

‘The gap will also remove a potential source of supply within schools.’

The smoking rate in the UK has fallen to second-lowest in Europe in recent years but experts are keen to reduce the toll of smoking further.

Dr Hopkinson added: ‘The tobacco industry fears this policy. Philip Morris has stated that raising the legal minimum age for cigarette purchase to 21 could ‘gut’ their key young adult market of 17 to 20 year olds.

‘When the UK increased the legal age for tobacco purchase from 16 to 18 in 2007, this was associated with a fall in youth smoking rates, an effect which a further increase would be expected to replicate.’

Increasing the age limit on smoking was among the measures proposed by All Party Parliamentary Group on Smoking and Health earlier this month.

The proposals are backed by 17 health organisations including the British Medical Association, Royal College of Physicians and charities such as Cancer Research UK and the British Heart Foundation.

Smoking contributes to four per cent of hospital admissions in England each year and costs the NHS around £2.5bn annually.

Despite being the leading cause of preventable death in the UK, around six million people still light up.

But Simon Clark, director of the smokers’ group Forest, says 18 is old enough for people to make an informed choice.

He said earlier this month: ‘These proposals infantilise young adults.