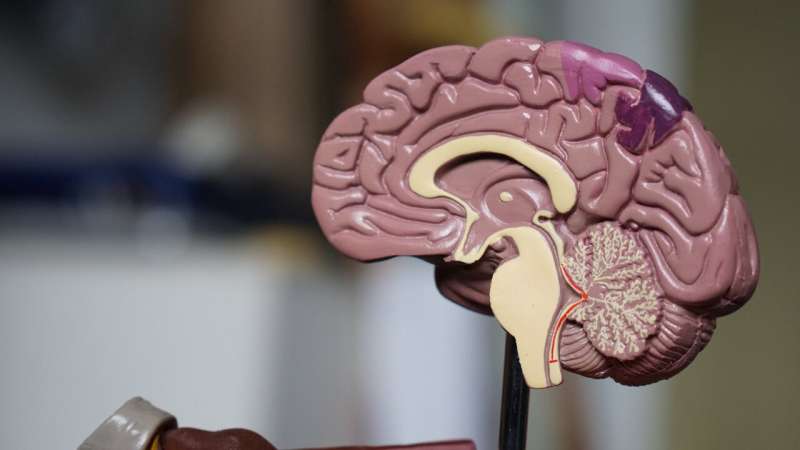 Seeing, hearing, thinking, daydreaming—doing anything at all, in fact—activates neurons in the brain. But for people predisposed to developing brain tumors, the ordinary buzzing of their brains could be a problem. A study by researchers at Washington University School of Medicine in St. Louis and Stanford University School of Medicine shows that the normal day-to-day activity of neurons can drive the formation and growth of brain tumors.

The researchers studied mice genetically prone to developing tumors of their optic nerves, the bundle of neurons that carries visual signals from the eyes to the brain. The mice served as a model for children with the genetic condition neurofibromatosis type 1 (NF1). About one in six children with NF1 develops low-grade optic nerve tumors by age 7. In this study, mice with Nf1 mutations raised under normal lighting developed tumors; those kept in the dark during a critical period of development did not.

The findings, published May 26 in the journal Nature, suggest that neuronal activity plays an underappreciated role in nervous system cancers. The research opens up new avenues to preventing brain tumors in children at high risk for them.

“Optic gliomas are very common in children with NF1, and they can cause vision loss,” said co-senior author David H. Gutmann, MD, Ph.D., the Donald O. Schnuck Family Professor of Neurology at Washington University and the director of the university’s NF Center. “We don’t have a good way to predict who will develop tumors or any way to prevent them. But now that we know these brain tumors are caused by exposure to light and neuronal activity, we can start thinking of next-gen prevention strategies. Maybe we can give kids cool sunglasses to wear with filters or lenses to block out certain wavelengths of light, or repurpose drugs that suppress excessive neuronal activity, and protect these kids from developing brain tumors and losing their sight.”

Co-senior author Michelle Monje, MD, Ph.D., an associate professor of neurology at Stanford Medicine, previously demonstrated that neuronal activity drives the growth of an aggressive form of brain cancer. But it wasn’t clear whether neuronal activity itself sets in motion the process of tumor formation or if it only bolsters the growth of tumors initiated by other processes.

As part of this study, the researchers used mice with mutations in their Nf1 gene. Such mice start developing low-grade tumors of their optic nerves around 9 weeks of age, and virtually all have tumors by 12 weeks to 16 weeks old. Since the neurons in the optic nerve become active when exposed to light, the researchers investigated whether they could reduce neuronal activity—and, thereby, tumor formation—simply by keeping the mice away from light. They raised mice from age 9 weeks to 16 weeks in the dark and then checked for tumors.

“The results were so striking. Mice raised in the dark simply did not develop tumors, while all the mice raised in the light did, despite their identical genetic predisposition to develop optic nerve tumors,” Monje said. “While we had previously found that neuronal activity is an important regulator of glioma growth, these findings showed how crucial neuronal activity can be for tumor formation.”

Further experiments verified the crucial role of light exposure and narrowed down the critical window to age 6 weeks to 12 weeks. None of the mice reared in the dark during that time frame developed tumors by 24 weeks of age. Putting mice older than 12 weeks, when the tumors already had formed, into darkness slowed tumor growth but did not shrink them.

First author Pan Yuan, Ph.D., who first worked with Gutmann at Washington University and is now a postdoctoral researcher with Monje, showed that the link between light and tumors requires a protein called neuroligin 3. When their optic nerves are stimulated, mice with Nf1 mutations release abnormally high levels of neuroligin 3. Blocking the protein with a drug or genetically modifying mice to eliminate the neuroligin 3 gene resulted in fewer and smaller tumors.

Moreover, brain tumors from people are also high in neuroligin 3, which suggests the possibility of targeting the protein as a treatment for brain tumors. The researchers analyzed tissue samples from 19 people with low-grade brain tumors and found high levels of neuroligin 3, regardless of whether they arose in children with NF1 or not.