Blasting prostate tumours with radiotherapy after the disease has spread CAN increase the chances of survival, experts say

Targeting the source of advanced prostate cancer with radiotherapy after the disease has spread can increase survival chances by 11 per cent.

Experts say the ‘monumental findings’ could change how advanced cancers are treated.

Patients whose prostate cancer has spread are typically given hormone therapy to reduce or stop the production of testosterone, as the molecule can encourage the cancer’s growth. 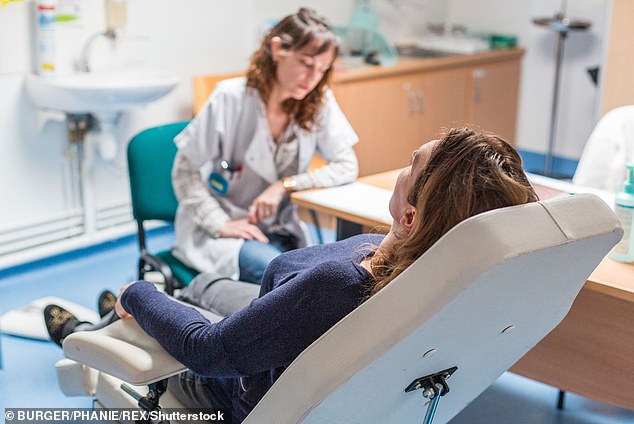 It was previously thought there would be little benefit in blasting the prostate tumour if the disease had spread to other parts of the body.

‘If we can understand exactly why these men benefit from the additional radiotherapy treatment, we could hopefully use this approach to benefit even more patients.’

The Daily Mail has campaigned for two decades to end needless prostate deaths through better diagnosis and improved treatments. Around 47,000 men are diagnosed with the ‘forgotten’ cancer every year in the UK, and over 11,500 men die from it.

In the study, scientists enrolled 2,000 men who were all at an advanced stage of the disease in the clinical trial. Half were given standard treatment while the other half received standard treatment and radiotherapy to the prostate – the site of the primary tumour.

Among men treated with additional radiotherapy whose cancer had spread to their lymph nodes and or bones nearby, researchers found that around 80 per cent survived for at least three years. This fell to 70 per cent of men who were given the standard hormone treatment. No benefit was seen among men whose cancer had spread further, according to the findings published in The Lancet. 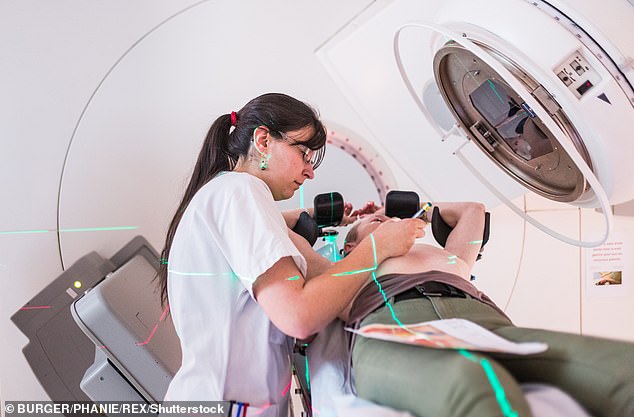 The research, presented at the European Society for Medical Oncology Congress in Munich, Germany, suggests radiotherapy as well as hormone therapy should be standard care where prostate cancer has spread nearby.

Dr Chris Parker, lead researcher of the study based at the Royal Marsden Hospital in London, said: ‘Our results show a powerful effect for certain men with advanced prostate cancer. These findings could and should change standards of care worldwide.

‘Until now, it was thought that there was no point in treating the prostate itself if the cancer had already spread because it would be like shutting the stable door after the horse has bolted. ‘However, this study proves the benefit of prostate radiotherapy for these men. Unlike many new drugs for cancer, radiotherapy is a simple, relatively cheap treatment that is readily available in most parts of the world.’

Simon Grieveson, of Prostate Cancer UK, said he hoped it would lead to an immediate change in how patients are treated.

He added: ‘These results show for the first time, that it could also be effective in treating some men diagnosed with advanced prostate cancer whose disease has started to spread to the lymph nodes or nearby bones, when given in addition to hormone therapy.

‘We now want to see the use of radiotherapy extended to this group of men without delay, providing them with an additional treatment option and precious extra time with their loved ones.’