Don’t call us sufferers – it makes us lose all hope, says bestselling author who is battling dementia

Doctors must stop telling patients they ‘suffer’ from dementia as it causes them to lose all hope, an author with the disease has said.

Wendy Mitchell, who has written a bestselling memoir about living with Alzheimer’s, said the ‘defeatist’ language used by medical staff causes the condition of patients to deteriorate.

The former NHS manager, 62, said: ‘I hate the word ‘suffer’. If someone tells you day after day that you’re suffering you end up believing it.

‘It’s a bummer of a diagnosis but if all you’re hearing is negative language it just brings your mood down, you are instantly depressed.’

Mrs Mitchell, who was diagnosed with early-onset Alzheimer’s four years ago, said the language used by doctors can ‘make or break’ how someone copes with diagnosis. 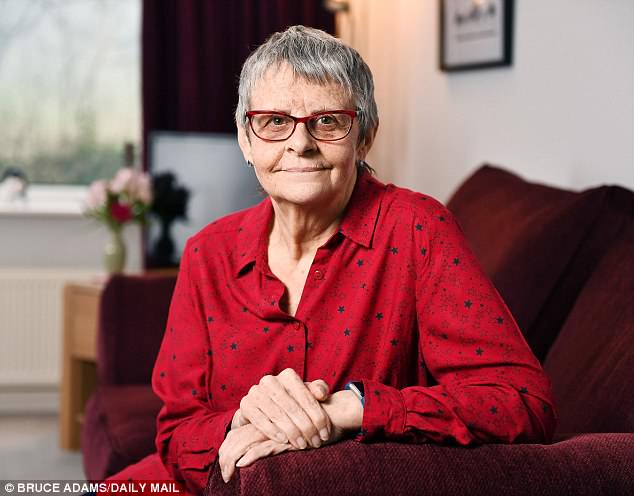 Wendy Mitchell (pictured), 62, who has written a bestselling memoir about living with Alzheimer’s, said the ‘defeatist’ language used by medical staff causes the condition of patients to deteriorate

Instead of saying there is ‘nothing they can do’, doctors should say those with dementia will have to ‘adapt to a new way of living’, the mother-of-two suggested.

She has written for The Mail and previously revealed how she uses Post-it notes to help jog her memory.

Speaking at the Hay Festival, Mrs Mitchell said: ‘When you are diagnosed with dementia, it is seen as the end. My doctor delivered the diagnosis with: ‘We’re very sorry, there’s nothing that we can do’.

‘Language can make or break someone. There is no denying it is a bummer of a diagnosis.

‘But to be given a sad look, a handshake and told nothing can be done leaves you deflated and thinking that it is the end.

‘Instead, doctors should tell you to look at it as a new way of living a life that you will have to adapt to.

‘Then at least you would leave the building with a little bit of hope – and it’s the hope that is missing at the moment.’ 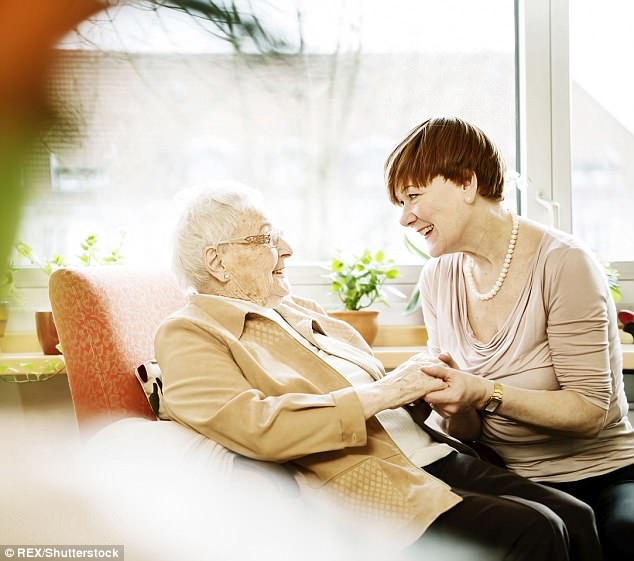 The former NHS manager, 62, said: ‘I hate the word ‘suffer’. If someone tells you day after day that you’re suffering you end up believing it.’ File image used

Mrs Mitchell, who was a fit and healthy NHS manager when she first began showing symptoms, said a pervasive view within the NHS that the condition was ‘the end’ meant she was unable to keep her job after she was diagnosed.

She said: ‘The first question my manager asked was: ‘How long have you got?’

‘The NHS concentrates on patients but don’t think about their employees who might be living with dementia.’

She has now helped to create a toolkit for NHS employers to change the way they think about people with the disease.

Mrs Mitchell said: ‘I never want anyone else with dementia to be told that they are of no use to you any more.

‘We all had talents the day we got a diagnosis of dementia, we don’t suddenly lose those talents overnight.’ 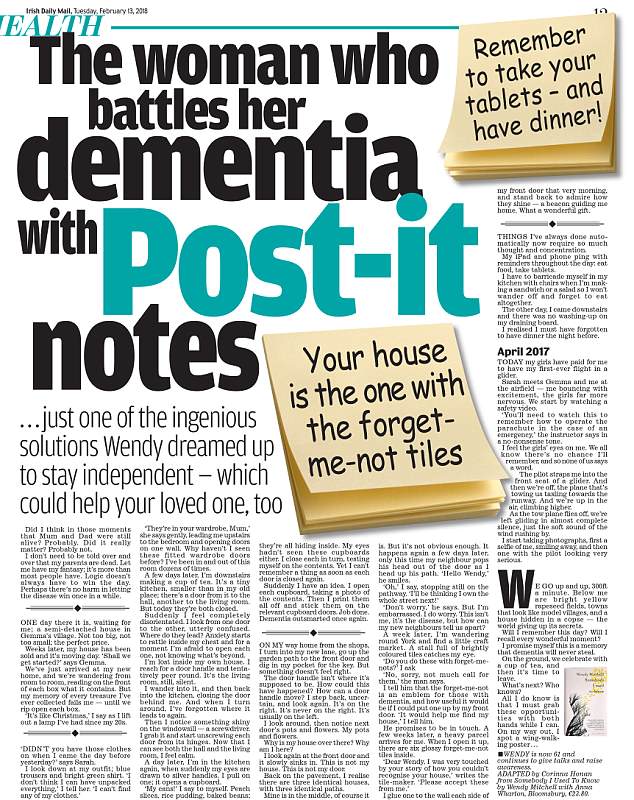 Mrs Mitchell, who has two grown-up daughters, called for a shift in society and in the healthcare profession to focus on how people are ‘living’ with dementia, rather than ‘suffering’ from it.

She said: ‘In nursing homes, it’s often assumed that people with dementia can’t dress themselves. In fact, they can, they just need more time.

‘But if nurses start dressing people with dementia every day, those people will soon forget how to dress themselves and it just disables them of that ability and causes the condition to deteriorate.

Mrs Mitchell, who lives independently at her home in Yorkshire, said she has a number of techniques to ‘outwit’ dementia – such as buying a bright pink bicycle so she can always remember which one is hers.

Her memoir, Somebody That I Used To Know, was released in January and gives a first-hand account of losing her memory to the disease.