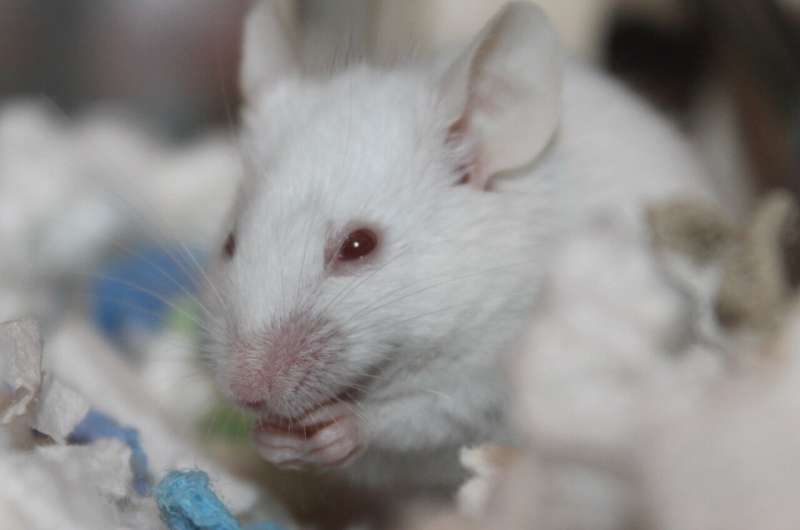 A team of researchers affiliated with multiple institutions in China, working with a colleague in the U.S., has isolated a type of bacteria in the guts of mice that break down nicotine. In their paper published in the journal Nature, the group describes how they isolated the bacteria and why their finding could reduce incidences of fatty liver disease in humans.

Prior research has shown that smoking cigarettes is the leading cause of preventable deaths around the world. In addition to its association with lung disease, smoking cigarettes has also been linked to fatty liver disease. In this new effort, the researchers have found that a certain kind of bacteria breaks down nicotine in the guts of mice (due to forced smoking), and thereby reduces the likelihood of developing fatty liver disease.

When people (or mice) smoke cigarettes, it has been found, some of the nicotine makes its way into the gut, leading to an increased risk of fatty liver disease, associated with scarring, and in some cases, liver cancer.

In this new work, the researchers measured the amount of nicotine that makes its way to the gut by comparing stool samples of 30 human smokers and 30 nonsmokers. They then did the same with mice and found the results to be similar.

Next, they sterilized the guts of several lab mice and ran the nicotine experiment again. They found that the mice with the sterilized guts had more nicotine in their systems, indicating that at least one type of gut bacteria was breaking down the nicotine. Then, by process of elimination, they were able to track down the bacteria (Bacteroides xylanisolvens) that was responsible for the breakdown—it was producing a type of enzyme that breaks down nicotine.

Prior research has shown that B xylanisolven also live in the human gut. The researchers next plan to study it and the enzymes it produces to find out if the enzyme can be produced commercially and given to smokers to reduce their chances of developing fatty liver disease and by extension, liver cancer.