In December last year, at the height of the dual citizenship scandal which ultimately led to this weekend’s Super Saturday byelections, ABC’s 7.30 presenter Leigh Sales asked Malcolm Turnbull what ran through his head in the middle of night when he couldn’t sleep.

“You know what? I sleep right through the night. Do you sleep well?” Turnbull said.

“The key to being a happy and effective prime minister is to get a good night’s sleep and plenty of exercise.”

How do you sleep? It can be a loaded question and, in the countdown to those byelections, it’s a fair assumption that a good night’s sleep is a distant memory for many of the candidates. And how well rested are Australia’s top political leaders – Prime Minister Malcolm Turnbull and Opposition Leader Bill Shorten – whose political fates are constantly tested by the latest political drama?

Once workaholic politicians who shrugged off sleep wore it as a badge of honour. Now we expect our politicians to be not only paragons of moral virtue but also able to consistently nail a perfect, restful eight hours of shut-eye every night.

But speak to almost anyone in public life and they’ll tell you, sometimes in hushed tones as if revealing a personal weakness, of the challenges of getting a good night's sleep. A mountain of sleep research shows Australia is in the grip of a sleeplessness epidemic. The studies find sleep, or lack thereof, affects our decision making, our appetite for risk and our ability to even identify when an ethical question is in front of us.

It found that 39.8 per cent of Australians don't get enough sleep and the foundation made headlines when it called for a public health campaign similar to those around alcohol and smoking, and even called for tired drivers to be banned from our roads.

Earlier this month the University of Sydney Business School called its new findings – that Australian women felt like they had enough energy only four out of 10 days, and Australian men five out of 10  – the “new energy crisis”. 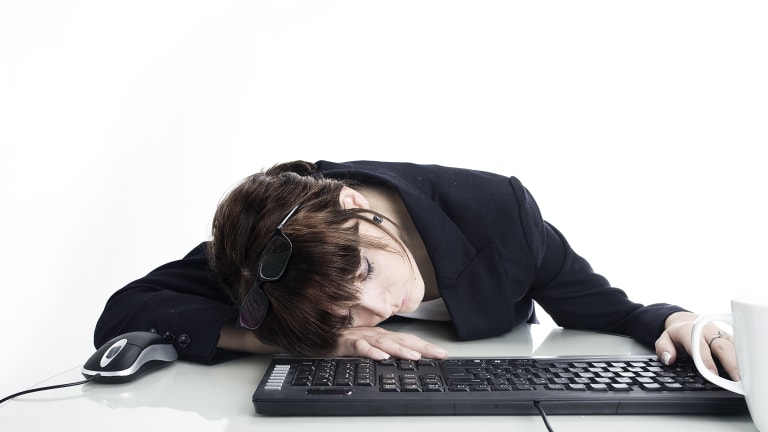 Lack of sleep, skipped meals and lack of exercise are basically sapping our will to live, the research found. While University of Sydney senior lecturer Dr Stefan Volk described the findings as “depressing”, the rest of us who skipped breakfast to make up for the fact we didn’t get out of bed early for exercise because we stayed up late watching The Handmaid’s Tale on Netflix would probably call it “a lifestyle choice”.

With almost 40 per cent of us estimated to be getting inadequate sleep, Australia is apparently a society of the chronically tired, and our elected representatives are reflecting us in all our exhausted, cantankerous glory.

“I’ve seen it most actively [in] the inherent stupidities of the Australian parliamentary democracy, where this false macho culture of sitting late into the night in the Parliament or into the early morning to pass such critical legislation [means] that we had to threaten each other with a Mexican standoff, revolvers pointed to each other’s heads, in a rolling game of Russian roulette, where the real leverage is sleep. And you just want to get out of there,” former prime minister Kevin Rudd observes.

And the cost of the dodgy decisions we make while chronically tired is increasingly considered a business risk.

With almost 40 per cent of us estimated to be getting inadequate sleep, Australia is apparently a society of the chronically tired.

Harrington relates a recent experiment which compared the effects of sleep deprivation in two groups: one group was permitted to sleep only six hours a night for two weeks, and another group was kept awake for three nights.

The no-sleep-for-three-nights group naturally reported feeling very tired and miserable. The restricted sleep group reported feeling fairly tired for the first couple of days, but then not that bad after the two weeks.

Here’s the worrying thing for those of us who think we’re coping with our rotten sleep: both groups showed almost the same level of impairment in physical, working memory and cognitive performance.

What’s more, the acute sleep deprivation group knew they couldn’t perform to standard, but the six-hours-a-night group were unaware they were so impaired. In fact, another study of financial decision-making by the chronically and acutely tired showed that people who’d had their sleep restricted by only a couple of hours a night were more likely to engage in risky behaviour, compared with people who stayed up all night and knew they were tired.

Essentially, we can be out of our minds with tiredness and not even know it.

Away from the hothouse of political combat, it’s with surprising honesty that many current and former politicians, including Kevin Rudd, John Howard, Julie Bishop, Bob Brown and Jacqui Lambie, reveal the pressures on sleep that public life brings.

Foreign Affairs Minister Julie Bishop, whose life over the past five years has been dominated by almost constant travel and fending off jet lag, reveals the only time sleeplessness and exhaustion nearly got the better of her was in the aftermath of the downing of the MH17, when Bishop contracted pneumonia in London. Back in Australia, we were none the wiser. The Foreign Affairs Minister was merely in transit. 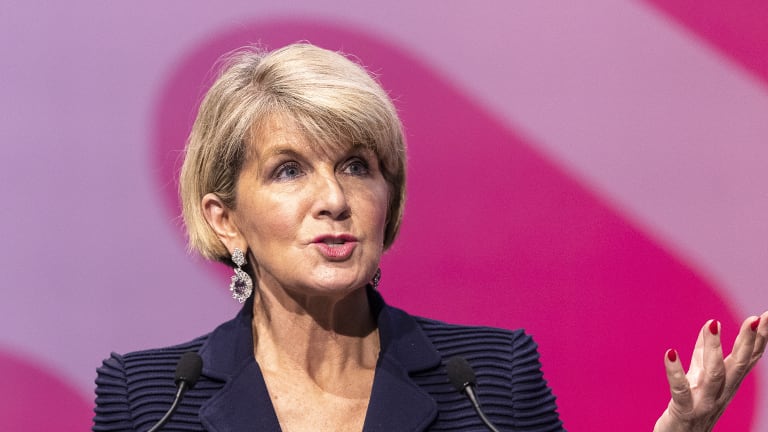 Foreign Affairs Minister Julie Bishop’s life over the past five years has been dominated by almost constant travel.

Former Greens leader Bob Brown battled insomnia throughout his parliamentary career and believes an overhaul of the sitting hours of federal parliament – five days a week, 9 to 5 – could encourage a healthier democracy.

He’d likely find an ally in former Tasmanian independent Lambie, who told ABC’s The Drum earlier this month that the Parliament-wide fatigue was most noticeable on Thursday afternoons, at the end of a long sitting fortnight.

“I wouldn’t do a presser or anything like that because I was brain dead,” she said.

In fact, the nights leading up to Australia’s involvement in overseas conflicts in East Timor, Afghanistan and Iraq gave him the most sleepless periods of his prime ministership. 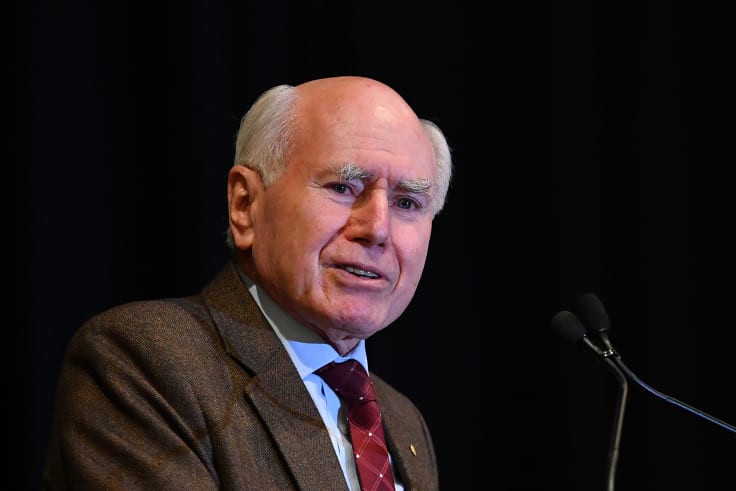 Former prime minister John Howard says inevitably there are nights when sleep will elude a leader.

“You are very conscious you have taken a decision that might end up in death for your soldiers,” he says. “That weighs a lot more heavily than anything else, as it should.”

His worry was not about the rights or wrongs of Australia’s involvement in overseas wars because those decisions were made in the daylight hours over the months and weeks before. The midnight anxiety was "what happens next?".

His successor Rudd almost rolls his eyes when asked if it is true that he only sleeps three or four hours a night. “That particular story”, he says, arose from a light-hearted throwaway line by his wife, Therese Rein.

In post-Parliament life, Rudd says he aims for six to eight hours' sleep just like the rest of us. And he practices a sleep discipline to stop the mind chewing over past slights or injustices. The multi-stage Rudd sleep process involves engaging with the wrongdoer, setting the record straight, forgiveness, and then sticking it in "the Forgettory", his psychological rubbish bin. 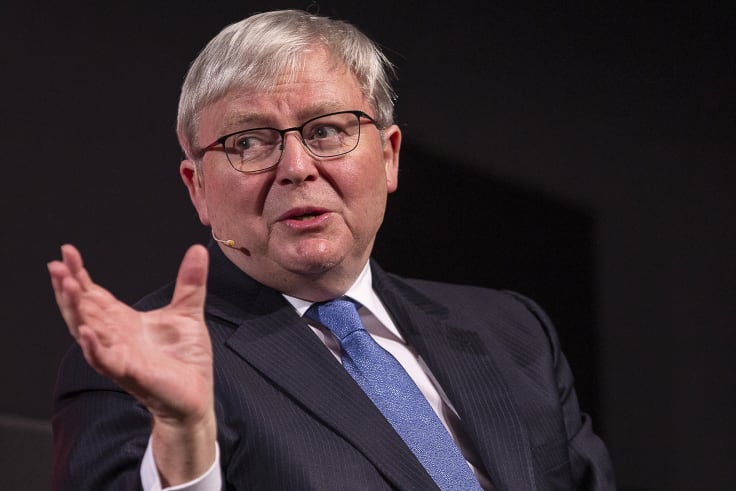 Without the Forgettory, Rudd says he “would’ve had to have carried around a walking, cross-referenced Encyclopedia Britannica to keep track of it all”.

“I function OK on six hours, and I function well on seven, and eight is damned comfortable,” he says.