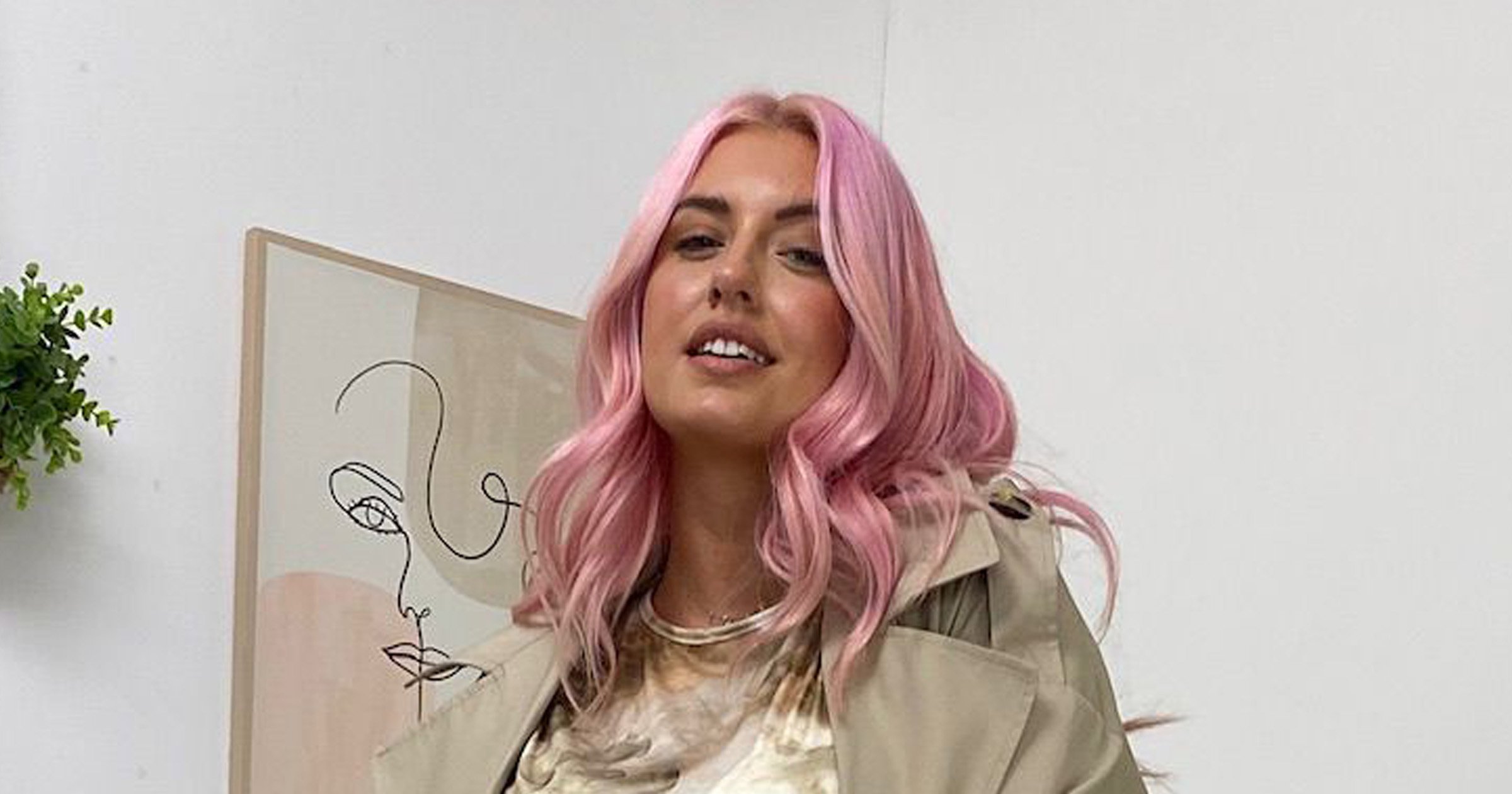 When Sophie Hughes learnt that her newborn nephew was gravely ill, she knew she had to help.

The model, from Stockport, was living in Australia and travelled more than 9,000 miles to return home to donate her liver to the tot, in a life-saving transplant.

But so determined was she to help, that the 32-year-old had given little thought to the impact the operation would have on her own life.

Then a size 8 model, Sophie was shocked to see her body transform in the months post surgery.

She had scars, put on weight, and her confidence plummetted.

But thankfully, Sophie has been able to change the way she views herself – and now works as a plus size model, spreading the message of body positivity.

‘It made me realise there’s so much more to me than just the way I look and the body I’m in,’ said Sophie.

It was May 2016 when Sophie received an email from her brother, Ant, saying that baby Oscar had been diagnosed with a rare condition.

Doctors discovered the newborn had biliary atresia, an illness which causes the bile ducts outside and inside the liver to become scarred and blocked.

It’s a condition that can prove fatal if not corrected with surgery or a liver donation.

When surgery failed, a transplant was the only option left and it was a race against time to find a match.

But with medics advising that Ant, and his wife, Kerry, should not donate to their son, as they needed to be well enough to care for him, they struggled to find a suitable donor.

So, as soon as Sophie heard of her nephew’s condition, she immediately offered to have the op.

While her brother initially declined, hoping a deceased donor would be found, as Oscar’s health rapidly worsened, the desperate couple agreed to Sophie’s help and she flew back to the UK where the operation went ahead.

Thankfully, the gruelling eight-hour operation was successful and Sophie spent four months in the UK before flying back to Sydney.

‘I was a good match because I had a small, fatty liver,’ Sophie said.

‘Before the operation, doctors told me that weight gain was very likely. But when you’re talking about saving a child’s life, you don’t hear that because it’s irrelevant. It doesn’t matter.

You’re not thinking about that in the moment – but they weren’t wrong and I started to gain weight after the surgery.’

While recovering at home in Australia, she noticed her body was rapidly changing – seeing her go from a size 8 to a size 14.

‘It was a really big adjustment looking at myself in the mirror,’ Sophie added. ‘I had a seven-inch scar down my stomach and my body image was at an all-time low.

‘I struggled to put a bikini on and be confident within myself, which to be honest isn’t something I’ve struggled with before.

‘I was eating well and exercising and the weight was piling on regardless,” she added. ‘Nothing had changed, yet my body was changing so rapidly.

‘It was really rough because I had to relearn what I could wear and how to dress for my shape.’

Sophie was left with crippling body image anxiety following the surgery and took a break from modelling, believing she would never work again.

No matter what she ate or how much exercise she did, she was unable to return to the body she had before.

But two years later, when Sophie was 27, she was scouted by a plus size modelling agency on Instagram.

Sophie moved back to the UK at the end of 2021 after splitting with her partner of nine years, and now works as a successful curve model and content creator, proudly showing off her curves and scar on her Instagram page.

‘Other body positive influencers on Instagram really inspired me,’ she added. ‘It made me realise there’s so much more to me than just the way I look and the body I’m in.

‘I moved back to England and started doing modelling here and that was the start of my career as I know it today.

‘I’m the happiest, most confident and most settled in my body that I’ve ever been,” Sophie said.

‘Now that I’ve just turned 32, I think part of that is age, you realise there’s more important things in the world.

‘But a lot of that is learning and really working on and respecting my body. I feel strong and I feel healthy, and those are the things I focus on now – not my cellulite or my muffin top.’