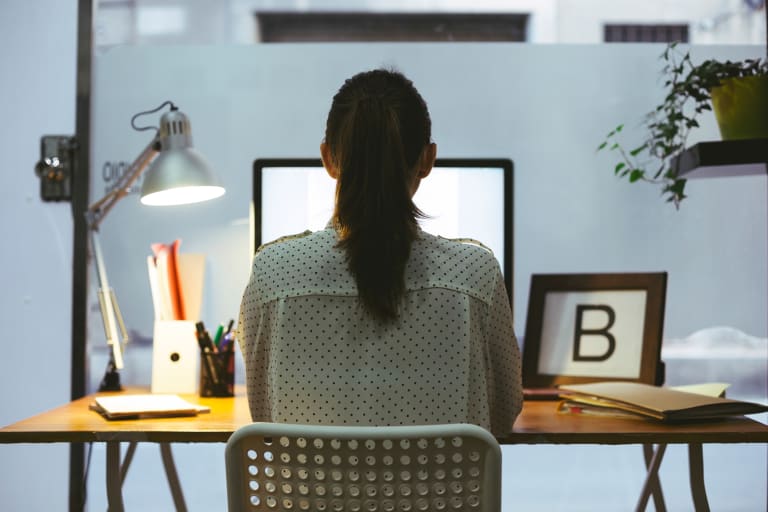 Fidgeting at your desk could be doing you good.

Q: Does 'moving in place' while seated (for example, flexing or extending feet) count as activity to counteract being sedentary, or does one have to actually stand up or move around, as is currently being recommended?

A: Fortunately for those of us who are often desk-bound, exercise scientists agree that any movement, no matter how slight, counts as physical activity and can be consequential.

For one thing, moving and fidgeting in our chairs, which some researchers oxymoronically call "dynamic sitting", burns calories. In a 2017 study, researchers found that if office workers used a specialised under-desk, bicycle-like device – which allowed them to remain seated while lightly pedalling – they burned about 20 per cent more calories over the course of a workday than if they only sat.

Dynamic sitting also seems to lessen one of the most worrisome health effects of being sedentary: When we sit, unmoving, for hours, blood flow through the major arteries in our legs slows, affecting the function of those vessels and potentially contributing over time to arterial stiffening and increased blood pressure.

A 2016 experiment shows that fidgeting, even a little, can help. In the study, a group of healthy, young volunteers were asked to sit, keeping one foot flat against the ground, for three hours. Meanwhile, they jiggled and tapped their other foot every few minutes.

At the end of the three hours, blood flow, as measured by ultrasound, proved to be lower in the unmoving leg than it had been at the start of the study. But flow had risen in the other leg.

"We were surprised by the magnitude of the difference" between the two legs, said Jaume Padilla, a professor at the University of Missouri and an author of the study.

The message of his and other research is that if you are stuck in a seat for a prolonged period of time, aim to make your sitting dynamic. Tap your toes, wiggle or in some other way, move.