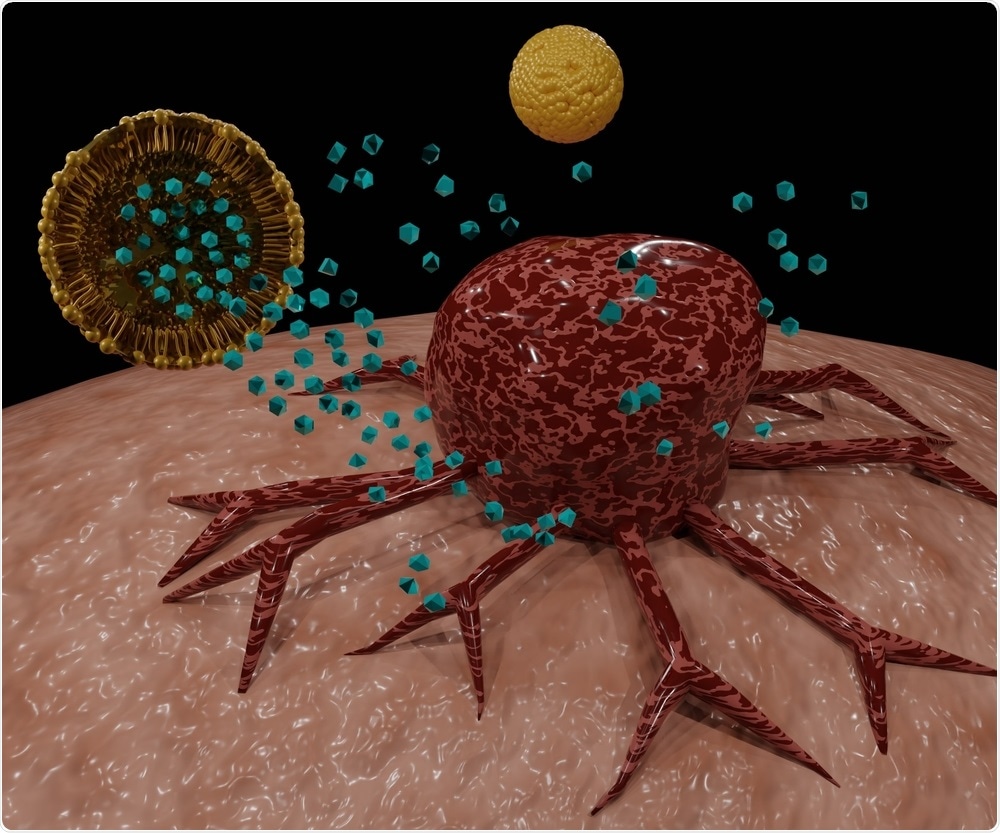 Study: Development of Lipid Nanoparticles for the Delivery of Macromolecules Based on the Molecular Design of pH-Sensitive Cationic Lipids. Image Credit: Love Employee / Shutterstock.com

A variety of diseases caused by mutations and misregulation of gene expressions are difficult to treat using conventional drugs due to limitations in their selectivity, affinity, and the role of untranslated RNAs.

Of these, Onpattro® is a first-ever RNA interference (RNAi) medicine that is used in the treatment of familial amyloid polyneuropathy caused by mutations in the transthyretin gene. Further, Comirnaty® (Pfizer/BioNTech) and Spikevax® (Moderna) are the first mRNA vaccines against the coronavirus diseases 2019 (COVID-19), caused by the severe acute respiratory syndrome coronavirus 2 (SARS-CoV-2).

These siRNA medicines and mRNA vaccines are lipid nanoparticle (LNP) preparations. LNP encapsulates the drug or protein of interest, thereby protecting it from enzymatic degradation and efficiently delivering it into the cytosol of the target cells.

Typically, LNPs are composed of 4 types of lipids including a cationic lipid (CL), a phospholipid (PL), cholesterol, and a pegylated (PEG)-lipid. Currently, pH-sensitive CLs are the gold standard. More specifically, the tertiary amine-based pH-sensitive CLs are near neutral at physiological pH and develop cationic properties in a weakly acidic environment.

With research into the best endosomal escape, stability maximized fusogenic activity, cytosolic delivery, and efficient activity, the development of potent CLs is one of the breakthroughs in the field of LNPs.

Development of pH-sensitive CLs and their applications

The first pH-sensitive CL was YSK05, the cone-shape of which is important for inducing membrane fusion-mediated endosomal escape. The 31 phosphorus (31P) nuclear magnetic resonance (NMR) can be utilized to analyze lipid polymorphism, as it interacts with the biological membranes and undergoes transitions. Comparatively, a hemolysis assay is used to examine the fusogenicity of LNPs.

The size of the LNPs also determines the entry into the target tissues. For example, LNP diameters equal to or less than 100 nanometers (nm) help reaches hepatocytes. Research also validated the application of optimized YSK05-LNPs of candidate genes for in vivo therapeutic targets.

PEGylation of the LNP surface is a popular strategy to inhibit non-specific interactions and maximize the efficiency of active targeting. Diverse conjugation chemistry is tried upon the PEGylated-LNPs to overcome the ‘PEG dilemma,’ which is a process that severely inhibits the endosomal escape.

The addition of LNPs to microRNAs (miRNAs), which are a class of small non-coding RNAs, increases the bioavailability of the drug. Some of the key functions of miRNAs for LNPs include maintaining homeostasis and regulating gene expression by binding to the 3′-untranslated region (3′-UTR of target mRNAs triggers the degradation of mRNAs or the suppression of translation.

Recently, a pH-sensitive CL library has been developed from a benchmark CL, YSK12-C4, which is used for treating hard-to-transfect immune cells. The review described how the library is developed and its effective functions for therapeutic use.

Ribonucleoprotein (RNP) is a complex of Cas nuclease and guide RNA. RNP-loaded LNPs are synthesized for delivery use in CRISPR/Cas machinery for both the efficiency of genome editing and for achieving a lower off-target effect.

Describing in detail the application of the CL4H6-LNPs for Cas RNP delivery, the researchers of the current study note that the optimization of RNP-loaded LNPs targeting liver tissue for gene knock-out and knock-in is currently being undertaken.

CD45 gene silencing in peritoneal macrophages (PEMs), which play key roles in homeostasis and inflammation, was tried with YSK05-LNPs in mice, the effectiveness of which was found to be LNP size-dependent.

Macrophages in the tumor microenvironment, which are otherwise referred to as TAMs, are targeted for anti-cancer treatment with CL4H6-LNPs. Extensive research into silencing related murine genes resulted in the suppression of angiogenesis and the release of immunosuppression.

Likewise, a fusogenic CL, YSK12-C4, was used to deliver siRNAs to dendritic cells (DCs), which is a promising strategy for improving the efficacy of DC-based cancer immunotherapy. In addition to a range of conjugated-LNPs for cancer therapeutics, the reviewer also added that nucleic acid and gene therapy can be used for the treatment of brain disorders including traumatic brain injury, Parkinson’s disease, and Alzheimer’s disease.

Significantly, the reviewer elucidated the structure-activity relationships of the LNPs, describing the bio-physicochemical properties in detail. The current study also addresses the important aspects of how to improve the biosafety of the LNPs including maximizing hepatocyte-specificity, reducing the CL dose, and developing of biodegradable CLs.

The development of potential CLs has led to the progress of LNP technology. One of the key limitations of this technology is the ability to adequately incorporate proteins, peptides, and other molecules into these particles, as well as the need to improve targeted delivery by LNPs.

Presently there is a need for the efficient therapeutic extra-hepatic target of important tissues such as the heart, muscles, and brain, as well as certain cell types including specific subpopulations of immune cells. The fundamental mechanisms underlying the in vivo fate of the LNPs such as biodistribution, stability, endosomal escape, and toxicity also need to be explored.

Overall, LNP technology will continue to develop shortly and is expected to contribute to the provision of advanced and safe medical care in the future.

Ramya has a Ph.D. in Biotechnology from the National Chemical Laboratories (CSIR-NCL), in Pune. Her work consisted of functionalizing nanoparticles with different molecules of biological interest, studying the reaction system and establishing useful applications.