Airport security trays carry more disease than TOILETS: Hand luggage check points are a breeding ground for flu, pneumonia and viruses that can cause brain damage

The plastic trays that passengers put their hand luggage in at security checkpoints have the highest numbers of viruses of anywhere in an airport, including toilets, new research suggests.

Such trays are covered in pathogens that can cause everything from the common cold and flu to pneumonia, bladder infections, SARS and even brain damage, according to the first study of its kind.

Plastic trays are thought to carry high numbers of viruses due to them being rapidly reused, as well as being touched by every single passenger that passes through an airport.

Such trays are also rarely disinfected, with their hard surfaces allowing viruses to survive for up to a day.

Air travel was blamed for the rapid spread of SARS from Hong Kong to North and South America, Europe and throughout Asia in 2003, as well as the flu epidemic that went from Mexico to the US in 2009. 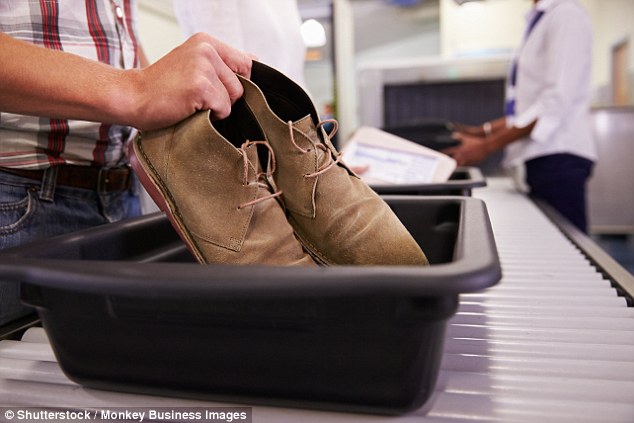 The plastic trays that passengers put their hand luggage in at security checkpoints have the highest numbers of viruses of anywhere in an airport, new research suggests (stock)

The researchers, from the University of Nottingham, collected surface and air samples three times over as many weeks from a variety of sites at Helsinki-Vantaa airport, Finland.

Samples were collected immediately after peak times – 7-9am, 11am-midday and 2-4pm – before the sites were cleaned.

The following sites were tested:

Viruses in up to 25% of samples

Respiratory viruses were detected in 10 per cent of surface and 25 per cent of air samples.

As well as being on plastic trays, pathogens were also detected in the children’s play area, payment terminals, handrails and at passport control.

Viruses were not detected in most of the samples collected from toilets, which the scientists believe may be due to people paying particular attention to hand hygiene when in the WC. 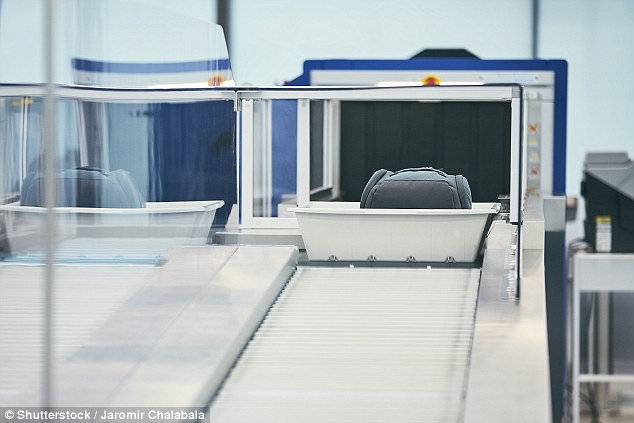 Such trays are covered in viruses that can cause everything from the common cold and flu to pneumonia, bladder infections, SARS and even brain damage, the study found (stock)

Pathogens that cause deadly diseases detected

Results, published in the journal BMC Infectious Diseases, suggest influenza A, a strain of flu, and rhinovirus, which causes the common cold, are both present on plastic trays at security checkpoints.

Coronavirus was also found, which has been linked to cold-like symptoms; MERS or ‘camel flu’, which can cause life-threatening kidney failure; and SARS, which often progresses to pneumonia.

Although such conditions may not affect healthy people, the elderly, young or those with a weak immune system may be vulnerable.

The researchers believe their findings highlight hot spots for disease transmission, which could be important during a severe epidemic.

‘People can help to minimise contagion by hygienic hand washing and coughing into a handkerchief, tissue or sleeve at all times but especially in public places.

‘These simple precautions can help prevent pandemics and are most important in crowded areas like airports that have a high volume of people travelling to and from many different parts of the world.’