A diet rich in oily fish and legumes is associated with delayed menopause. 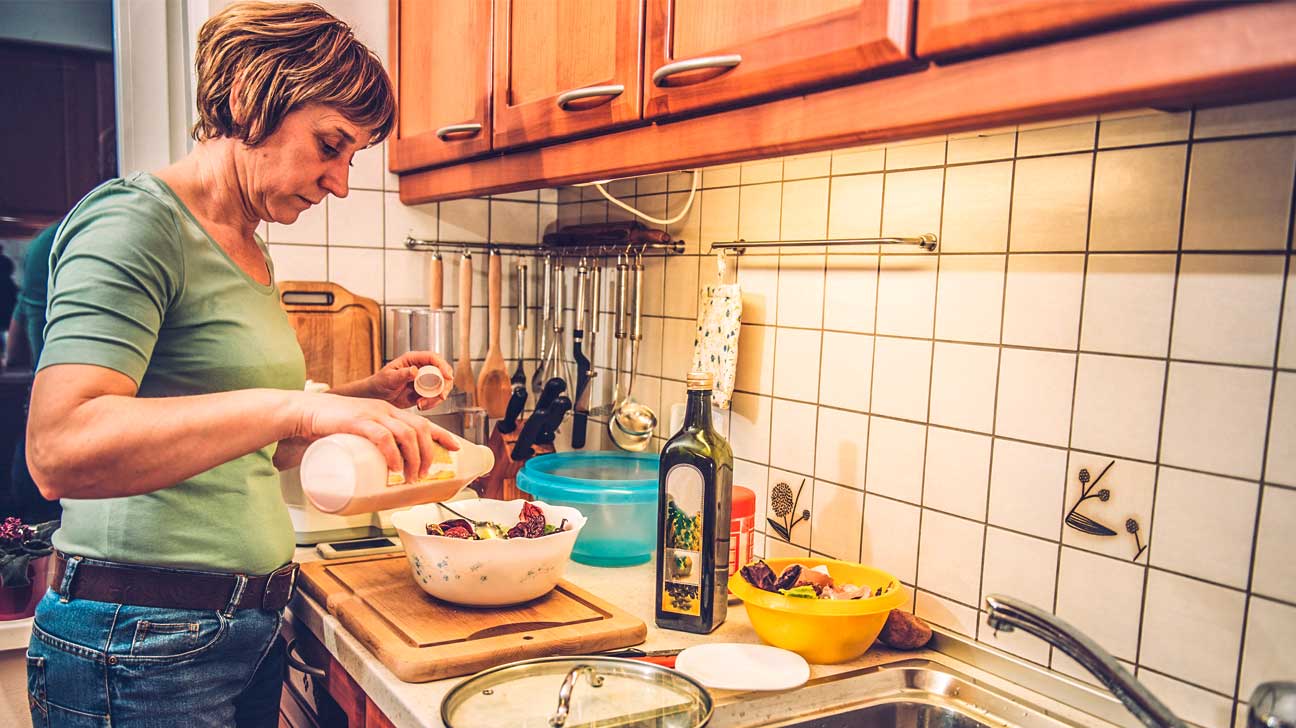 Hot flashes, mood swings, irregular periods — these are the telltale signs that you may be headed for menopause.

But while most women begin menopause sometime between the ages of 45 and 55, it’s been largely unclear why, exactly, some women experience menopause earlier or later than others.

Researchers at the University of Leeds in England may have found out. After examining the link between diet and menopause, a new study published in the Journal of Epidemiology and Community Health found that the consumption of certain food groups could affect the age at which menopause begins.

A natural start to menopause

Researchers surveyed over 14,150 British women aged between 35 and 69. They collected detailed information on reproductive history along with demographics, weight history, and physical activity. Four years later, a follow-up questionnaire was administered assessing the diets of the women who had begun menopause.

Of the group, about 900 women experienced a natural start of menopause by the time of the follow-up survey. This means they hadn’t gotten a menstrual period for at least 12 consecutive months and menopause wasn’t brought on by cancer, surgery, or pharmaceutical treatments.

The analysis of the data suggests that a high intake of healthy foods — mainly oily fish and fresh legumes, like peas and green beans — is associated with a later onset of menopause. In fact, those who ate a substantial amount of oily fish had a delay of almost three years.

On the other hand, those who consumed considerable amounts of refined white pasta and rice tended to have an earlier start, with menopause beginning about 1 1/2 years earlier than most.

“Our results suggest that some food groups (oily fish, fresh legumes, refined pasta and rice) and specific nutrients are individually predictive of age at natural menopause,” the authors wrote in the study.

The health benefits and risks

The study’s co-author, Janet Cade, PhD, a professor of nutritional epidemiology and public health at the School of Food Science and Nutrition at Leeds, believes that understanding how food affects the start of menopause is extremely valuable to women — especially those who are at risk or have a family history of complications related to menopause.

“[This study] puts the power into a woman’s hands, takes the ‘mystery’ out of the start of menopause, and lets a woman know that how she eats and cares for herself absolutely affects the quality of her hormones and her aging process,” said Alisa Vitti, HHC, AADP, a women’s hormone expert, functional nutritionist, and author of the book “WomanCode.”

While many previous studies have investigated the relationship between age and the start of natural menopause — pointing to genetic, behavioral, and environmental factors as the main causes — this is the first to specifically look at the correlation between diet and the age of natural menopause.

The findings are important, as both early and late onset of menopause have been associated with certain risks.

Early menopause is linked to lower bone density, increased risk of cardiovascular diseases, and osteoporosis. Later menopause is associated with a higher risk of developing breast, ovarian, and endometrial cancers.

But delayed menopause is also associated with health benefits.

The effect of specific foods

“For example, is the high intake of vegetables having a beneficial effect on hormonal metabolism? Is the intake of omega-3 fatty acids improving the availability of precursors to the hormones needed to maintain them at higher levels?” Drummond asked.

One theory is that the antioxidant properties found in both oily fish and legumes — which play an important role in decreasing ovarian follicular atresia, or deterioration — may be contributing to the delay of menopause.

“It would be interesting to consider whether a diet linked to insulin resistance might cause ovarian dysfunction,” said study lead author Yashvee Dunneram, PhD, a postdoctoral researcher at Leeds’ School of Food Science and Nutrition.

“We hope and believe that these findings might prompt future clinical trials, which could show causal relationships between diet and natural menopause,” Dunneram added. “Overall, these types of studies would be important to elucidate the mechanism between foods and onset of natural menopause.”

Experts said this study is an important step in the right direction in helping women understand how nutrition can affect their hormonal health. The research adds to a large body of evidence proving that what we eat can have a tremendous impact on our health and wellness.