Nearly 95% of breast cancer sufferers are having less sex because the brutal side effects of chemotherapy have killed their libido, ‘distressing’ survey reveals

Thousands of breast cancer patients are having less sex after treatment because of the tough side effects, a survey has found.

Nearly 95 per cent of women sufferers polled admitted they no longer have sex due to symptoms from chemotherapy, such as low esteem, loss of libido and pain.

The results, branded ‘distressing’ by the charity who conducted the research, also revealed eight in ten are unhappy with their sex life after the disease.

The survey, commissioned by Breast Cancer Care, also suggested that thousands of women aren’t being given the support they need.

Two-thirds felt the side effects of chemotherapy was not something they had been prepared for and three-quarters felt that they had received no support. 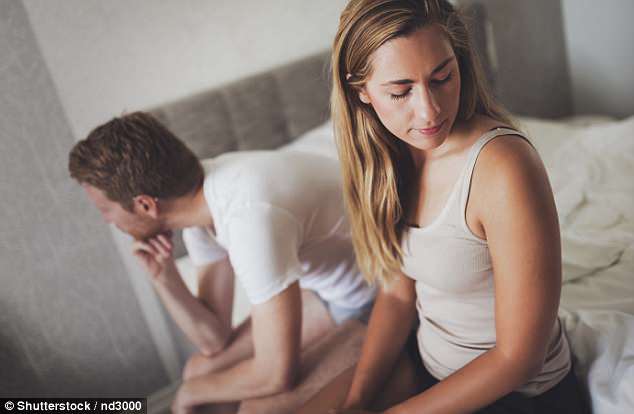 ‘Going through treatment for breast cancer can be utterly traumatic and side effects can continue for years.

‘Every day we hear from women who are struggling with dramatic scars, hair loss, and intimate physical changes, which can tatter body confidence and make sex uncomfortable, making it really difficult to have a satisfying sex life.’

‘Far too many women have not been told about the impact breast cancer and its treatment can have on their sex lives, leaving them suffering in silence – it is crucial this taboo is broken.

Unprepared for the side effects

Breast Cancer Care surveyed 800 women. They found the majority (94 per cent) said breast cancer treatment, which can include surgery, chemotherapy and hormone therapies (including tamoxifen), had left them unable to have sex.

Eight in 10 said they are unhappy with their sex life after the disease.

Importantly, this includes 83 per cent of those diagnosed three or more years ago, indicating women continue to struggle for a very long time.

Some of the main side effects of treatment which have stopped women having sex include loss of libido (58 per cent), low self-esteem (47 per cent) and vaginal dryness (45 per cent). 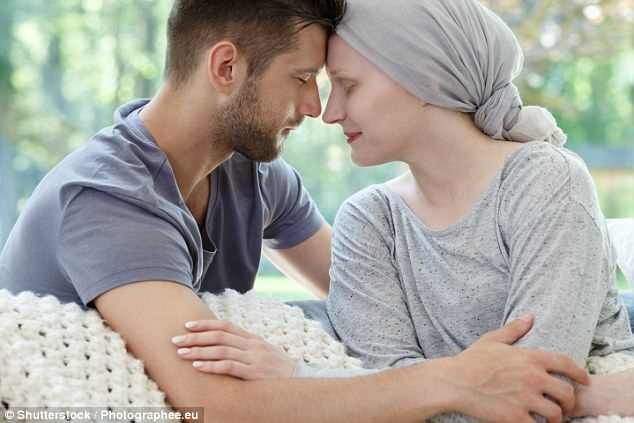 WOMAN, 44, ADMITS HER SEX LIFE GROUNDED TO A HALT BECAUSE OF BREAST CANCER

Sharon Brooker, 44, from Peterborough, was quoted in the report, having been diagnosed with breast cancer in August 2013.

‘Breast cancer completely changed the dynamic of our relationship to patient and carer.

‘Physical changes like hair loss and scars meant I didn’t think I was attractive anymore – I remember looking in the mirror and breaking down in tears as I didn’t recognise myself. 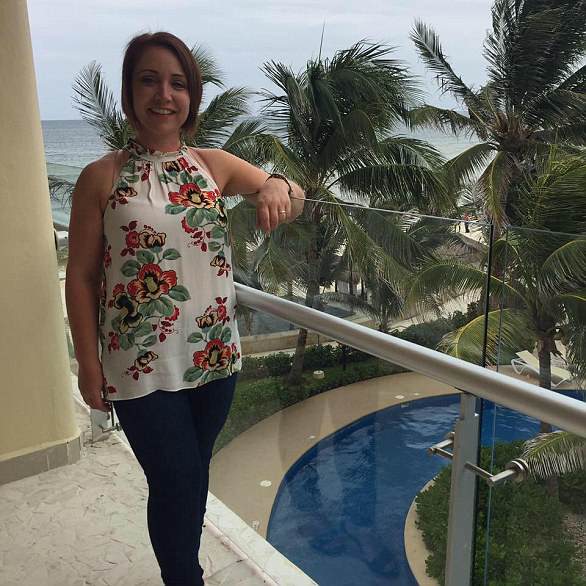 ‘There are ongoing side effects, like breast irritation and vaginal dryness,’ said Sharon Brooker, 44, from Peterborough

‘As a result, our sex life ground to a halt and two years after my diagnosis we separated.’

‘When I was diagnosed, nobody mentioned breast cancer could affect my relationship or sex life.

‘There are ongoing side effects – like irritation on my breast and awful vaginal dryness – which can make sex painful. I find it depressing and hard to talk to my husband about.’

Shockingly, more than two thirds (68 per cent) of women with breast cancer said they were not told about the possible impact of treatment on sex and intimacy.

A greater number – three quarters, or 76 per cent – did not receive the support they needed from healthcare professionals.

‘The NHS must ensure everyone diagnosed with breast cancer has the opportunity to talk about sex, intimacy and altered body image to help get the support they need.’

The survey comes after a study this week found more than two thirds of breast cancer patients a year could be spared the ordeal of chemotherapy.

Around 123,000 women in the US and 23,000 in the UK are diagnosed with hormone receptor-positive, HER2-negative, axillary node-negative early-stage breast cancer (HR+HER2-AN) each year.

But for 69 per cent of these women, they do not need to go through chemotherapy and only require a daily pill – such as tamoxifen – to stop their cancer returning after surgery.

Remarkably, the researchers believe that these women can be easily identified via a simple genetic test that is already widely available on the NHS and approved by the FDA.

Oncologists have hailed the decade-long study, which involved more than 10,000 women and was led by Montefiore Medical Center in New York.

WHAT ARE THE SYMPTOMS OF BREAST CANCER?

Around 55,200 people are diagnosed with breast cancer in the UK each year. One in eight women develop the disease during their lifetime.

The illness can cause a number of symptoms, but the first noticeable symptom is usually a lump or area of thickened breast tissue.

Most breast lumps aren’t cancerous, but it’s always best to have them checked by your doctor.

According to NHS Choices you should also see your GP if you notice any of the following: