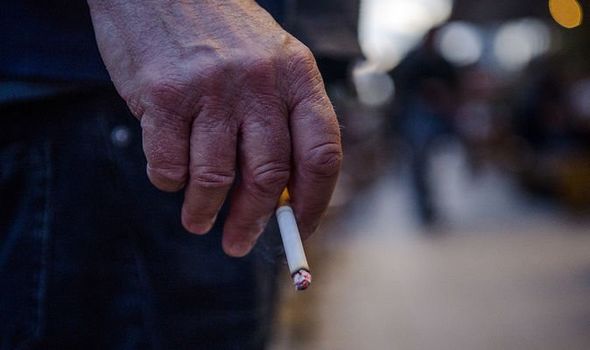 Action on Smoking and Health (Ash) has released the analysis to mark its 50th anniversary.

It said although progress had been made, two million more deaths were still expected in the next 20 years.

Deborah Arnott, chief executive of Ash, said: “The government knew about the terrible harms from smoking in the 1950s, but it took the tireless efforts of campaigners to bring about change.”

The modelling, led by Prof Sir Richard Peto, estimates that since 1970, 4.79 million men and 2.95 million women have died of tobacco-related illnesses.

Ash, which was set up by the Royal College of Physicians (RCP) in 1971 to campaign for tobacco control, said there was “still much to do to make the UK smoke-free”.

What is happening where you live? Find out by adding your postcode or visit InYourArea

Supporting the campaign is Alison Griffiths, a Surrey County Councillor, who said: “This year I was diagnosed with terminal lung cancer. I started smoking at 12 and I was 45 when I was diagnosed and finally stopped. Finding out my life is coming to an end has been unbelievably tough, not just for me but my family too.

“I share our Government’s vision of a country without smoking and I urge them from the bottom of my heart to take the action needed to make it happen.”

She added: “Every day we wait more children are starting and I know how hard it is to stop. I urge all smokers to seriously consider quitting before it’s too late.

“You think it will never happen to you but it can and it does – unfortunately I am living proof.” Dr Andrew Goddard, RCP president, said: “My predecessors knew the scale of the challenge to reduce disease from smoking against the all-pervasive influence of the tobacco industry and its cosy relationship with government at the time.

“It is time for the Government, the NHS and the new public health structures to intensify their efforts.”