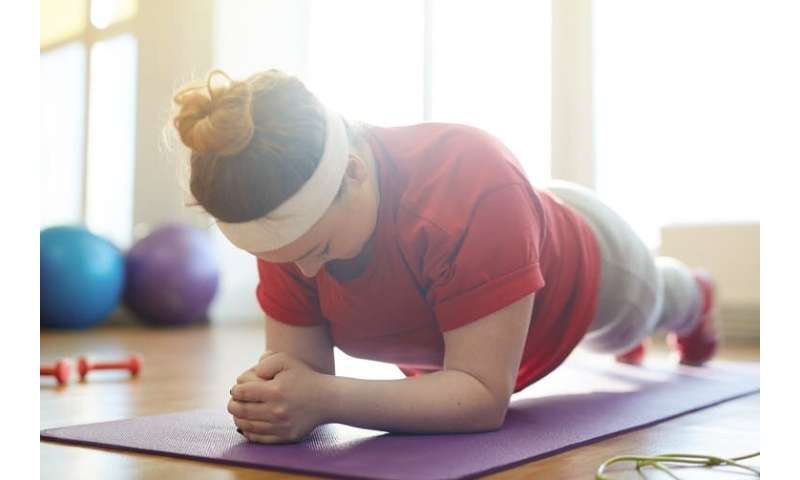 Polycystic ovary syndrome (PCOS) is a common hormonal condition. When using the definition supported by the international guidelines, it affects just under one in six young Australian women.

To meet the diagnostic criteria of PCOS, women need to have two of the following three criteria:

Our new research among women and clinicians found confusion over the name PCOS, limited evidence about the condition, and large amount of misinformation online fed into common misconceptions about PCOS.

These myths and assumptions are harming women and standing in the way of appropriate health care.

PCOS is a syndrome, or a group of symptoms, so just one sign or symptom is not enough for a diagnosis.

In our new study of 36 clinicians (GPs, endocrinologists and gynaecologists), many raised concerns about misdiagnosis and overdiagnosis of PCOS. They described seeing many women who had self-diagnosed or had been incorrectly diagnosed based on irregular cycles alone, or on an ultrasound showing polycystic ovaries.

But many young women have polycystic ovaries but don’t have PCOS.

Symptoms are also on a spectrum of severity, with no clear line separating normal from abnormal.

Women of different ethnicities, for example, have different amounts of facial and body hair.

There are also several other factors and conditions that can mimic PCOS symptoms, such as stress, hormonal contraceptives such as the pill, obesity, thyroid issues (which can affect metabolism), over-exercising and disordered eating.

Mislabelling women with PCOS prevents them from receiving care for their actual issue. Some conditions can have serious health consequences if left untreated, such as hypothalamic amenorrhea (when periods stop because of stress, weight loss and/or excessive physical exercise), which can lead to bone loss.

Myth #2: Women with PCOS don’t need to use contraception

Some women with PCOS may have trouble conceiving naturally and may need medication to help them ovulate when they want to conceive. But many women with PCOS conceive spontaneously and achieve their desired family size. In fact, women with and without PCOS have similar numbers of children.

Despite this, many women with PCOS believe they won’t become pregnant. This can have life-changing consequences.

In our recent study, women with PCOS talked about how fear of infertility caused long-lasting psychological distress. They felt pressure to conceive early, had difficult conversations with their partners, and a few even altered their parenthood goals and no longer planned to have children.

Many took risks with contraception and a few ended up with unintended pregnancies. Reduced contraceptive use has also been shown in other studies.

Women with PCOS need reassurance and accurate information about the likelihood of pregnancy so they know contraception is needed if they don’t want to get pregnant.

Myth #3: All women with PCOS are at risk of ‘metabolic complications’

PCOS is associated with an increased risk of developing insulin resistance (when the body doesn’t respond properly to the hormone insulin), type 2 diabetes and metabolic syndrome (a collection of factors such as high blood pressure and poor cholesterol levels).

Consequently, some women with PCOS report persisting anxiety about their long-term health.

However, the potential consequences are not the same for all women diagnosed. Women with no signs of androgen excess, so those who are diagnosed due to irregular menstrual cycles and polycystic ovaries, don’t have the same metabolic risks as women with androgen excess.

Yet most doctors we interviewed were unaware of this. As a result, some women with PCOS are being wrongly labelled as high risk, causing unnecessary anxiety.

Another assumption frequently stated online is that women with PCOS are more likely to get heart disease. However, the limited data to date suggests otherwise.

Although women with PCOS are more likely to be overweight than women without the condition, the relationship between PCOS and weight remains unclear.

While many women with PCOS report difficulty losing weight and perceive a greater susceptibility to weight gain, weight management interventions, such as diet and behaviour change programs, have found women with and without PCOS lose the same amount of weight.

A recent analysis suggests a high body mass index (BMI) is one of the causes of PCOS, with weight gain making symptoms worse. But having PCOS does not appear to affect BMI. We need more research to understand these relationships more clearly.

Encouragingly, even a small amount of weight loss can improve PCOS symptoms.

Optimising healthy lifestyle (eating healthily, being active and avoiding smoking) is first line management for women with PCOS. However, women with PCOS may face additional barriers to implementing these changes, such as higher levels of anxiety and depression, highlighting the importance of access to support.