1 in 4 patients end up in A&E because GPs and social care have failed them despite suffering from preventable conditions, report finds

A quarter of patients admitted to hospital as an emergency are suffering from entirely preventable conditions, a report has revealed.

Their illnesses could have been avoided had they been properly looked after by GPs, district nursing services or the social care system.

The report suggested that last year nearly 1.5million patients were admitted on to wards with preventable conditions – including infections, pneumonia or the flare-up of existing complaints.

Most of these patients were elderly whose mobility and health would have deteriorated with every day spent in hospital. 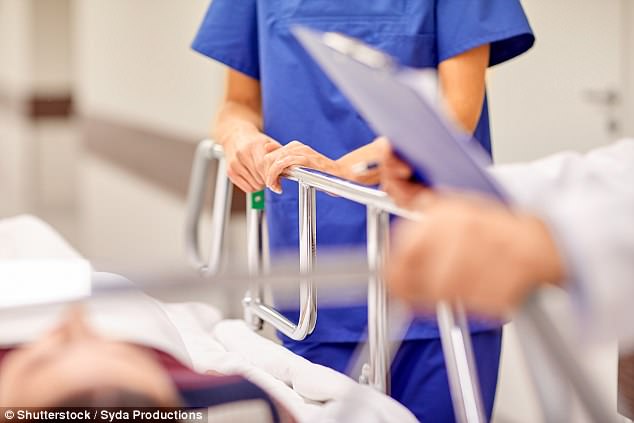 A quarter of patients admitted to hospital as an emergency are suffering from entirely preventable conditions, a report has revealed

The number of avoidable admissions has risen by 14 per cent in three years and the issue is creating huge problems for already-overcrowded hospitals.

MPs described the situation as ‘lamentable’ and nursing leaders warned that patients were being failed by a ‘cut-price approach to care’.

The scale of such admissions exposes the shortfalls within GP surgeries and the social care system, both overwhelmed by demand.

Family doctors say they cannot properly care for elderly patients as they are desperately short-staffed and being denied adequate funding from the Government.

The social care system is also in crisis and an estimated 1.2million frail or older people are not receiving the help they need.

Another 700 GP surgeries could close

More than 700 GP surgeries could close within four years if trends continue.

Around one in ten practices in England have been lost over the last six years, official figures reveal. A shortage of GPs, as well as a lack of investment, has been blamed for the crisis, which has already seen 1.5million patients forced to find new doctors.

Data from NHS Digital shows the situation is worse than previously feared, with only 7,361 practices last year – a reduction of 166.

The British Medical Association made the latest projections based on the rate of closures over the last six years. It predicts millions more patients will have to find new practices as between 618 and 777 practices will shut between now and 2022.

Dr Richard Vautrey, the union’s GP committee chairman, said: ‘We have seen the devastating effect of practice closures over the last few years, with more than a million patients displaced since 2013, and now this analysis paints an even bleaker picture for the future.’

In Plymouth, ten out of 52 GP surgeries have closed in the last three years, leaving approximately 34,000 patients displaced. Elsewhere, Brighton has lost nine out of 44 surgeries in four years, affecting 35,000 patients. NHS England said an extra £2.4billion will be going into general practice each year by 2021.

Today’s report by MPs on the public accounts committee estimates that 24 per cent of all emergency hospital admissions in 2016/17 could have been prevented with better care.

All hospitals now record the number of patients admitted with conditions deemed avoidable by NHS England, the body in charge of the NHS, and the data is compiled centrally.

Known as ‘ambulatory care sensitive conditions’, they include pneumonia, urinary infections and chest infections as well as the flaring up of asthma, heart disease and angina.

Labour MP Meg Hillier, chairman of the public accounts committee, said: ‘The consequences of Government’s failure to properly fund and coordinate preventive health care and social care are laid bare in this report.’

Janet Davies, chief executive of the Royal College of Nursing, said: ‘Being admitted to hospital is hugely distressing and it must be a last resort, not the fall-back option for failing services.

‘People are being let down by the current disjointed and cut-price approach to care.’

Caroline Abrahams, director of charity Age UK, said: ‘The growing numbers of older people yo-yoing back into hospital is shocking.

‘Older patients don’t just need good treatment while they are in hospital, they also need the right support at home – from community health services as well as social care.’

The report states: ‘It is lamentable that nearly 1.5million people could have avoided emergency admissions in 2016/17 if hospitals, GPs, community services and social care had worked together more effectively.’

It highlights how the number of emergency admissions rose by 14 per cent in three years since 2013/14 – although it does not provide the initial figure.

Some of those elderly patients admitted to hospital needlessly will never return home as they become too frail, or succumb to another infection.

Experts say that patients over 80 who spent ten days in hospital lose an estimated 10 per cent of their muscle mass, which is equivalent to ageing by ten years.

The report also criticises the fact that staff in hospitals, GP services and social care do not work closely together to ensure patients receive the best care. 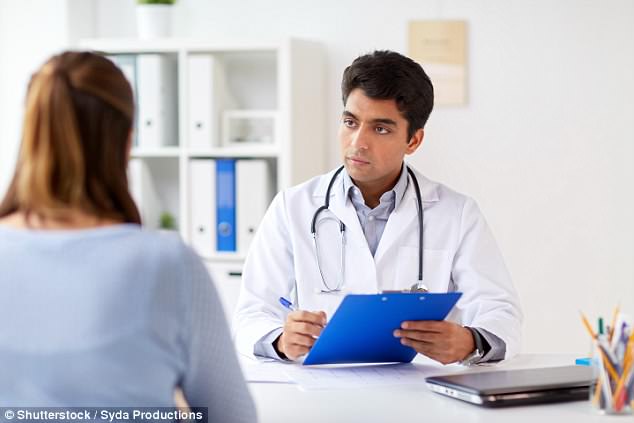 Patients are often left to fend for themselves after being discharged. Inevitably their health deteriorates and they are admitted back in again

Patients are often left to fend for themselves after being discharged. Inevitably their health deteriorates and they are admitted back in again.

The avoidable admissions are creating huge problems for hospitals. According to the report, the average number of available beds has dropped by 6 per cent since 2010. This means managers are frequently having to cancel non-urgent operations including hip and knee replacements.

The Government has promised to address the social care crisis in a green paper due next month.

Theresa May has also promised to make a significant cash injection to the NHS to coincide with its 70th anniversary on July 5.

A Department of Health spokesman said: ‘We know the social care system is under pressure – that’s why we’ve given an extra £2billion funding and will shortly outline reforms so it is sustainable for the future, including closer integration of health and social care.’