George W. Bush‘s first grandson may not carry his moniker, but the former president’s love for baby Henry “Hal” Harold is still unmatched.

In a Monday phone chat with her Today show co-anchors during her first official day on maternity leave, new mom of three Jenna Bush Hager opened up about how her father is reacting to the latest addition to the family.

“My dad was a little mad that the name wasn’t George but [was] just kidding,” said Bush Hager, 37, who welcomed her son with husband Henry Hager on Friday. “He said [Henry] was a cool name.”

The former first daughter added that baby Hal’s big sisters Poppy Louise, who turns 4 on Aug. 13, and Margaret “Mila” Laura, 6, are “crazy about him” and “just so thrilled that they have a little baby brother all of their own.”

In fact, their new sibling’s nickname is all his sisters’ doing! “We weren’t exactly sure about the name, but then his big sisters arrived and they called him Hal Pal,” Bush Hager recalled. “So we thought, ‘This is just perfect!’ “

Bush, 73, and his wife Laura Bush were “over the moon” to be expecting a grandson, Bush Hager shared with PEOPLE in an exclusive interview this past May.

“My dad keeps joking that we need to name him George,” she continued, before pointing out that she and her husband hadn’t yet made up their minds about what they’d be calling their baby.

“We had two girls. That’s all he’s ever known,” Bush Hager said. (In addition to having two granddaughters, her father is also a proud parent to two daughters of his own: Bush Hager and her twin sister, Barbara Pierce Bush.)

And although the then-mom-to-be said that her dad absolutely adores “our girls,” she added that it would “be nice for him to have a little fishing buddy as well.”

Bush Hager said during her call-in to the Today show on Monday that she’s feeling “good” and “happy” following Hal’s arrival via cesarean section. (Her newborn was born at 9:02 a.m. on Friday, weighing 7 lbs., 5 oz., and measuring 19.29 inches long.)

“I think when you’re held up in a hospital room with a newborn and you see the light in his eyes, you think, ‘This is what life’s for — to make the world better for our little babes,’ ” she said. “And even though the news outside these walls isn’t so great, seeing the joy in their eyes, that’s what we’re here to do — make their lives safe.”

Bush Hager told PEOPLE following her son’s birth that he was named Henry “after many on his father’s side including his dear dad and his paternal grandfather,” while “Harold comes from my maternal grandfather, Pa, who I loved dearly and was unable to keep a son long enough to name.”

“His sisters are thrilled to have a little brother and already nicknamed his nickname, exclaiming, ‘Welcome to the world, Hal Pal!’ ” she added.

Her pregnancy came more than three years after Hollywood Medium star Tyler Henry predicted Bush Hager would one day have a son — to which she emotionally replied that she planned to name him after her late grandfather Harold Welch. 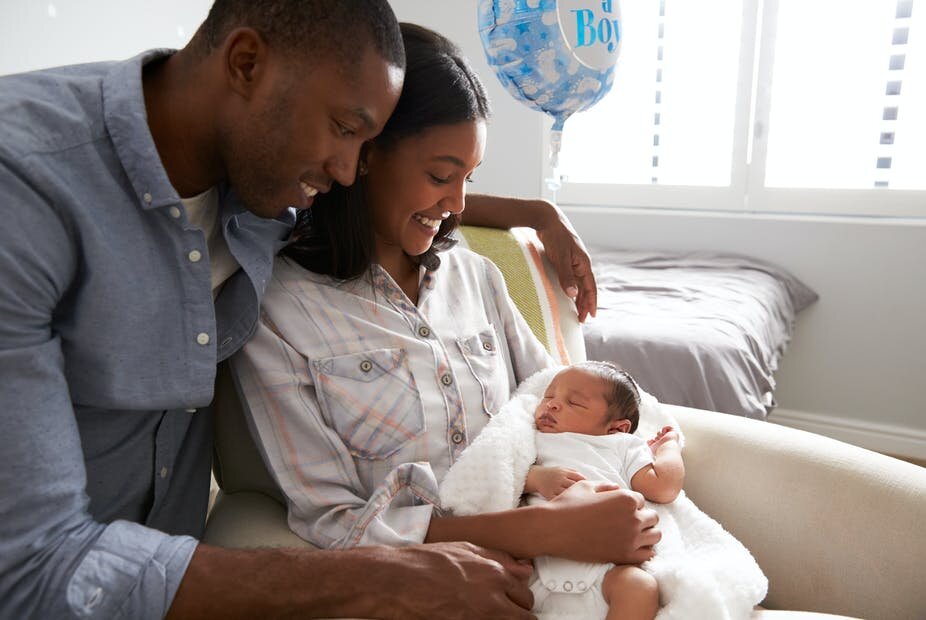