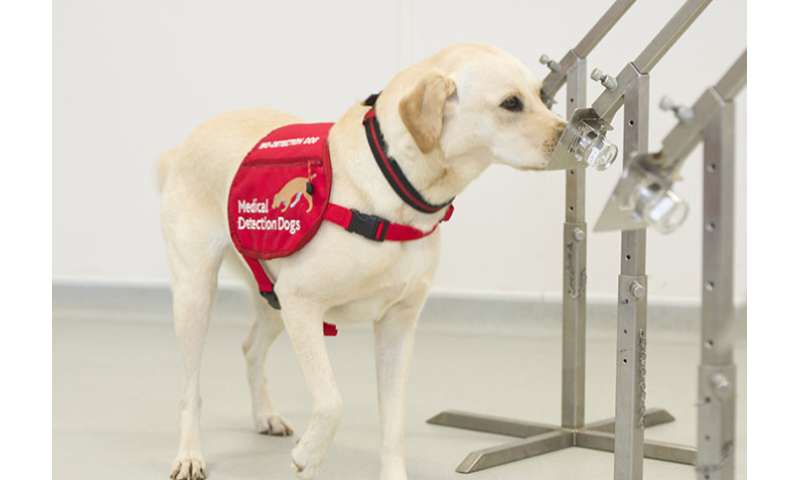 Sniffer dogs have been trained to detect ultra-low concentrations of bacteria which cause lung infections in cystic fibrosis (CF) patients.

In a study by Imperial College London and the charity Medical Detection Dogs, researchers found that specially trained medical detection dogs were able to detect ultra-low concentrations of Pseudomonas aeruginosa (Pa), the most common cause of lung infection in people with CF.

The findings, published in the European Respiratory Journal in a paper titled “Training dogs to differentiate Pseudomonas aeruginosa from other cystic fibrosis bacterial pathogens: not to be sniffed at?,” have shown the animals were able to differentiate between the bacterium and other pathogens, just from its scent.

According to the researchers, trained detection dogs may ultimately prove more sensitive or more affordable than existing technologies for screening lower airway infections in CF patients.

“This is a really exciting development,” said Professor Jane Davies, from the National Heart and Lung Institute at Imperial College London. “Advanced technology to detect infections, for example in breath, has proved difficult so far. The successful training of the dogs on cultured samples will now be used as the foundation for testing patient samples directly.”

Commenting on the potential impact the animals could have on patients, Professor Davies explained: “People with CF could ultimately monitor their lung infections from home by sending in samples for the dogs to check.” 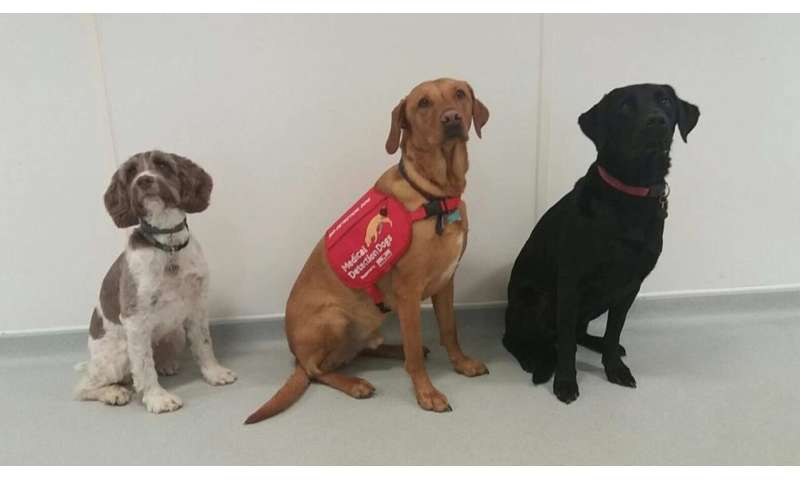 In the study, medical detection dogs were trained to recognize cultured liquid samples containing Pa. The dogs were rewarded when they correctly gave a positive indication (either stopping or sitting down) when sniffing samples.

The animals were then presented with samples containing either Pa, other cultured bacteria, or sterile liquid in a random sequence. The team measured the sensitivity and specificity of the animals—where sensitivity is how accurately they correctly identify the presence of Pa, and specificity being to what degree of accuracy they can rule it out in a sample.

Sniffing out the culprit

In trials with samples of Pa versus other bacteria familiar to the dogs, they recorded a mean sensitivity of 94.2% and a specificity of 98.5%. But when the dogs came up against Pa versus previously unencountered bacteria, two of the animals maintained average sensitivity above 90%.

The dogs were even able to detect heavily diluted samples of Pa, as well as samples where the bacterium was mixed with other pathogens (with sensitivity of more than 93% and 86%, respectively).

Dr. Claire Guest, Chief Executive and co-founder of Medical Detection Dogs, said: “The findings of this world-first study … are yet another indicator of their remarkable contribution to saving human lives. 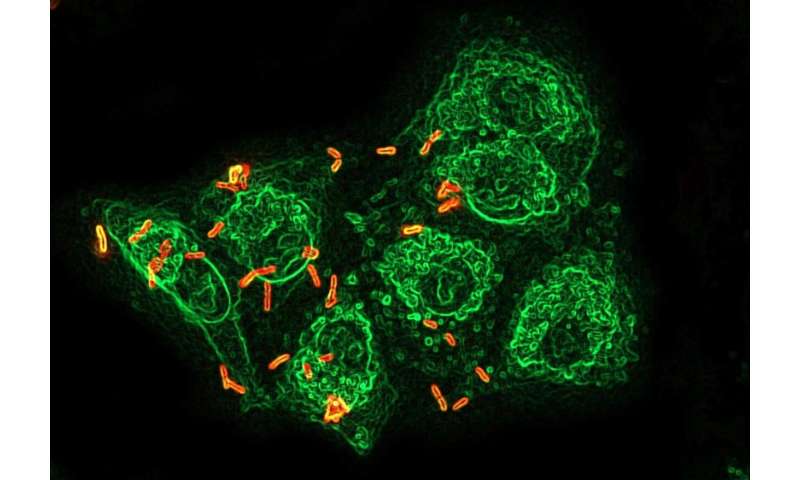 Bacterial infections are a major cause of lung damage in people with CF. Pseudomonas aeruginosa is the most prevalent of these infections, chronically infecting around 60% of the 10,000 CF patients in the UK.

The infection can be successfully treated with antibiotics, but frequently reoccurs and develops resistance to antibiotics. Chronic Pa is closely linked with faster lung function decline and earlier mortality.

In children, the cause of infection may often be harder to diagnose and once it takes hold of the lungs becomes extremely difficult to shift. These patients may typically be prescribed broad-spectrum antibiotics which may have limited effect on Pa. Early detection of the cause could lead to prescribing more targeted antibiotics, which stop the bacteria taking hold.

Dr. Guest added: “Pseudomonas is a condition that affects thousands of people each year in the UK alone. I can assure them that Medical Detection Dogs is working very hard to find effective, affordable and sustainable ways to manage their condition.

“These trial results are just one more reason why dogs never cease to amaze me. They have a highly sensitive sense of smell, unfailing loyalty to their owners, and the ability to restore hope to many.”

Dr. Janet Allen, Director of Strategic Innovation at the Cystic Fibrosis Trust, said: “A quick and easy way of detecting Pseudomonas would make a massive difference to people with cystic fibrosis and their families.

Coronavirus continues to spread – and that makes it so treacherous

What is winter dehydration and how can you prevent it?
Recent Posts
HEALTH PROBLEMS

Coronavirus continues to spread – and that makes it so treacherous

What is winter dehydration and how can you prevent it?
We and our partners use cookies on this site to improve our service, perform analytics, personalize advertising, measure advertising performance, and remember website preferences.Ok