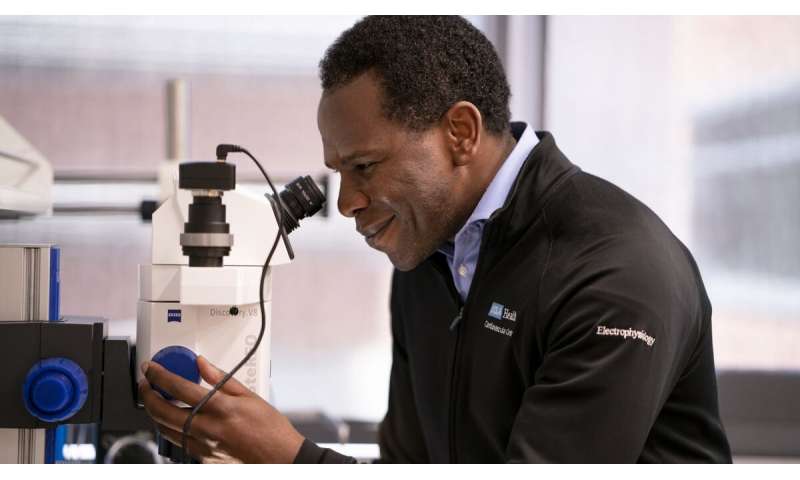 A UCLA-led study revealed a new way to predict which patients with “stable” heart failure—those who have heart injury but do not require hospitalization—have a higher risk of dying within one to three years. Although people with stable heart failure have similar characteristics, some have rapid disease progression while others remain stable. The research shows that patients who have higher levels of neuropeptide Y, a molecule released by the nervous system, are 10 times more likely to die within one to three years than those with lower levels of neuropeptides.

About half of people who develop heart failure die within five years of their diagnosis, according to an American Heart Association report, but it hasn’t been understood why some live longer than others despite receiving the same medications and medical device therapy. The researchers set out to determine whether a biomarker of the nervous system could help explain the difference. To date, no other biomarker has been identified that can so specifically predict the risk of death for people with stable heart failure.

The researchers analyzed blood from 105 patients with stable heart failure, searching for a distinct biomarker in the blood that could predict how likely a person would be to die within a few years. They found that neuropeptide Y levels were the clearest and most significant predictor.

The scientists also compared nerve tissue samples from patients with samples from healthy donors and determined that the neurons in the people who were at most at risk for dying from heart failure were likely releasing higher levels of neuropeptides.

The results could give scientists a way to distinguish very-high-risk patients with stable heart failure from others with the same condition, which could inform which patients might require more aggressive and targeted therapies. The study also highlights the need for heart failure therapies that target the nervous system.

Further studies could help determine whether a patient’s risk for death can be ascertained through less invasive measures, such as a simple blood draw, and whether early aggressive intervention in these people could reduce their risk of death.